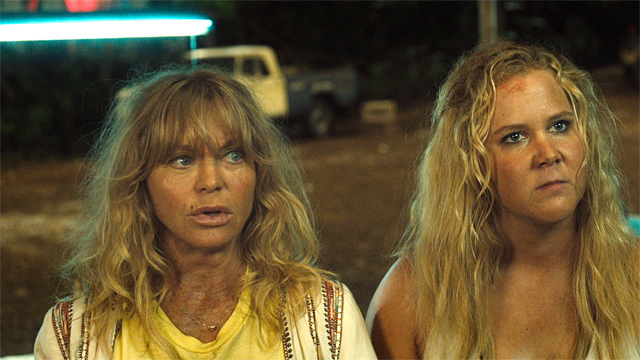 Fans of Amy Schumer have been thirsty for more of her brand of humor since her blockbuster Trainwreck. So when her next film, Snatched was announced, there was rejoicing. But when it was learned that Goldie Hawn would be playing her mom, the world lost its mind.

Seeing Schumer and Hawn on-screen together will make you wonder why they didn’t play mother and daughter earlier. The two are superstars in their own right. Schumer had a meteoric rise as she went from being a stand-up comedian to having her subversive Comedy Central show Inside Amy Schumer and now a comedic leading lady. As for Hawn, she is a legend whose return to film is long overdue. As an actress in the ’70s and ’80s, she was instantly a sought after comedy lead, but it wasn’t until Private Benjamin that she became a female force to be reckoned with as she not only starred in the Oscar-nominated film but also served as Executive Produced it — which was not common for women in 1980. From there, she went on to take the lead and produce Wildcats, Protocol, and star in classics (and gay staples) Overboard, Death Becomes Her, and The First Wives Club. 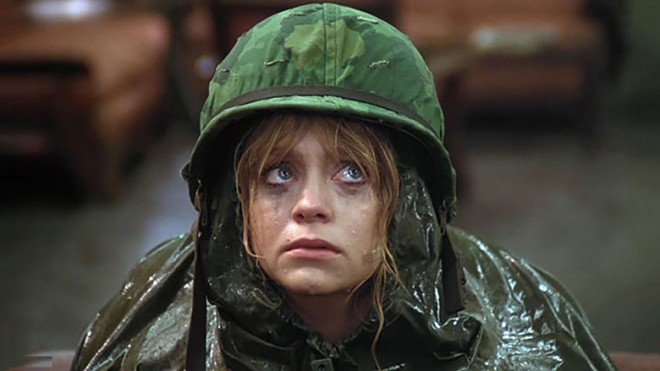 Directed by Jonathan Levine (Warm Bodies, The Night Before) and written by Kate Dippold (The Heat, Ghostbusters), Snatched (in theaters May 12 — just in time for Mother’s Day!) follows Emily (Schumer), an endearingly directionless gal who was recently dumped by her boyfriend right before they were to go on a South American vacation. To rise from her despair, she convinces her hermit of a mother to take her ex’s place so that they can share a bonding experience abroad. But what starts off as a getaway of privilege turns into an unexpected and insane adventure for the duo. 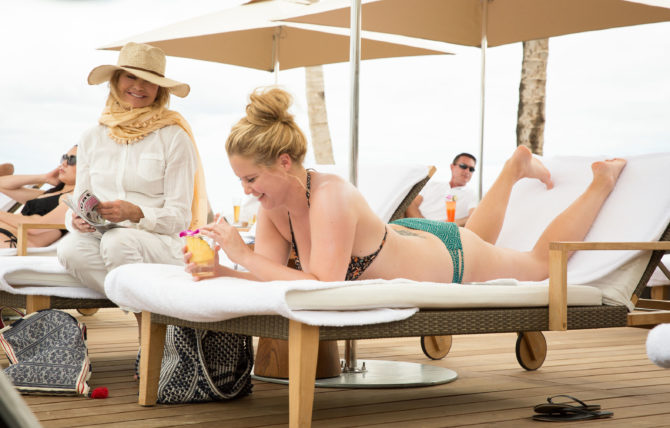 Hawn hasn’t been seen on the big screen since 2002’s The Banger Sisters. That said, seeing her return with Snatched is kind of a big deal — and getting her to do the project was as simple as Schumer asking her.

“I read the script and just pictured it with the two of us the whole time,” says Schumer. “I saw her at an airport and went up to her said, ‘I love you’ like everyone else does and said, ‘There’s this movie and I really want you to play my mom.’ I kind of wanted to plant that seed and I hope that she remembered. Then we met in London and really tried to get this movie made with the two of us.”

2. Goldie drops some wisdom about motherhood

For Hawn, playing Schumer’s mother wasn’t as simple as showing up to set. The Academy Award-winning actress pulled from her own experience as a mother on what to do and what not to do as Linda. She explains that when children grow up you have to look out for them so hey don’t “fall into potholes,” but as they get older you have to let them fall and that’s when you learn to let go.

“I know that as my piece of wisdom,” says Hawn. “But [Linda] did not know that. This character is completely oblivious to that and needy for herself.”

Hawn admits that, as a mother, there’s a difference between when your daughter leaves the nest as opposed to your son. She says there’s a metaphorical “passing of a baton” that says a lot about losing your youth and vitality which can cause depression, sadness and the lack of sexual drive.

“In this particular movie, this mother is someone who felt those things,” says Hawn. “I think she misses her daughter. Her life isn’t full as other women’s lives. She gave that up when her husband left her for a younger woman. If you look at that, that’s where I brought my creation for this character. She came from somebody who came from somewhere much more closed in order to not to feel the pain or feel rejection.”

Hawn’s words of wisdom may be a bit of a downer, but she sees it as an opportunity to regain that motherly power lost.

“You don’t regain it by telling your kids what to do,” she says. “You regain it by becoming a friend. It’s our job to allow our children to breathe and they come back.” 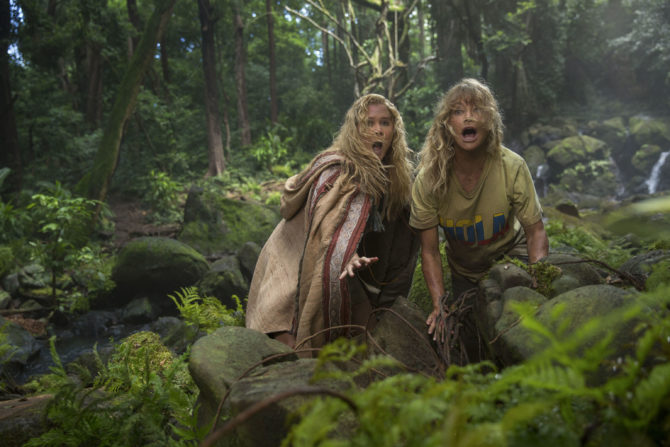 For Levine, it was really important for the film to capture the reality of a mother-daughter relationship and not just mine it for humor.

Feig adds, “We’ve all seen parents portrayed horribly in movies and it was really important to us hat they were both flawed, well-meaning and their relationship was close — and that’s the key to why the movie works. Even though they are at odds, the love is there.” 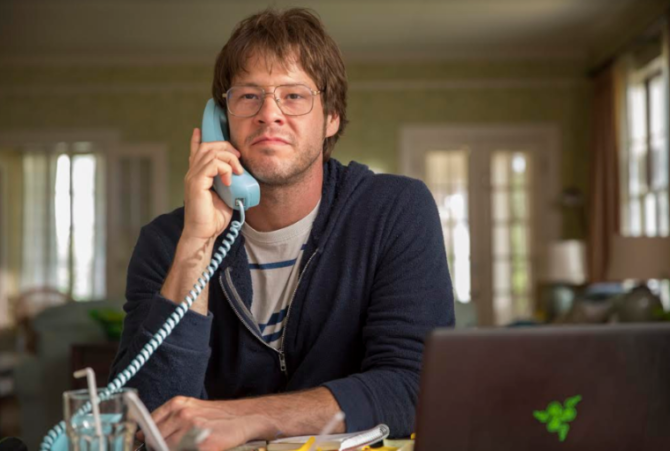 Sure, Snatched has something for mothers and daughters, but what about the treasured relationship between a mother and a son? Obviously, gay men will connect with it because, well, it’s a movie with Goldie Hawn. Any self-loving gay man would love her as a mom — but what about the bros?

“We weren’t going out of our way to be super-inclusive of the bros,” jokes Schumer, “but we did want to tell the story to people who wanted to connect with it. I think they’ll laugh.”

Hawn chimes in, “I think men will have the tendency to individuate from the story in some ways because they don’t want to associate with…“their relationships.”

5. Barinholtz and Sykes didn’t need much convincing to join the cast

Speaking of mama’s boys, Barinholtz plays the epitome of mama’s boys as the Linda’s super-sheltered son who incessantly addresses her as “mama.” For him, he was immediately on board with the project, but when he found out who was attached, he aggressively pursued a spot on the cast.

“I remember Kate Dippold telling me the premise years ago and I was already into it,” says Barinholtz, “but when I heard Amy and Goldie were in it, I just gave a couple grand to Schumer and that took care of it!”

For Sykes, who plays a fellow vacationer that Linda and Emily meet at their hotel, she also needed little to no convincing.

“When you see that Amy Schumer and Goldie Hawn are involved, you go, ‘I can work with this…I’m sure we can figure this out’,” jokes Sykes.

6. He gets it from his mama

Barinholtz saying “mama” throughout the movie would seem like a joke that would get tired, but as each time he utters that term of endearment that is creepily inappropriate for a man that age, it gets funnier and funnier — but all of this wasn’t necessarily his idea.

“That line comes from my four-year-old daughter who, even though she was born and raised in California, sounds like Madeline,” says Barinholtz. “It kind of became second nature to me, but how I said it to Goldie was me imitating my daughter so now I have to cut her in on the profit share.” 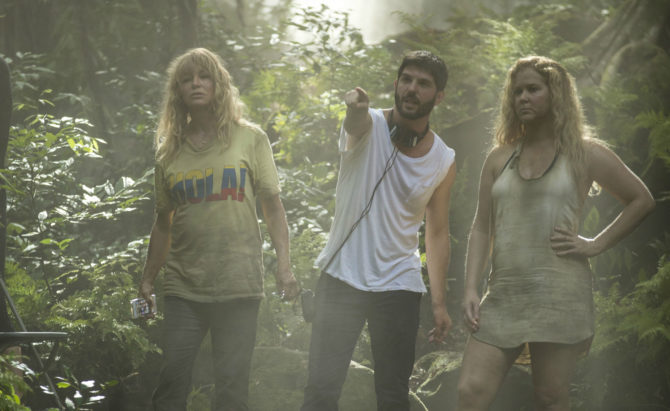 Without spoiling anything, there is a “tapeworm extraction” moment in the movie. And if you know anything about tapeworm lore, things can get a little nasty. That said, Levine had his work cut out for him to bring truth to tapeworm removal.

8. The family that cries together stays together

Both Schumer and Hawn had the opportunity to see the movie with their families and both had emotional experiences. But even though the movie is a comedy, Schumer and her mom were all up in their feelings about the core mother-daughter story.

“I brought my mom to see it and we held hands — especially during the parts she knew that were taken from our lives,” says Schumer. “She laughed louder than anyone else — but at the end of the movie, we were both bawling. It was at a screening with editors and other crew members — it was inappropriate, I would say. It was important to me to have this love letter to her. “

9. Goldie Hawn is the new catwoman 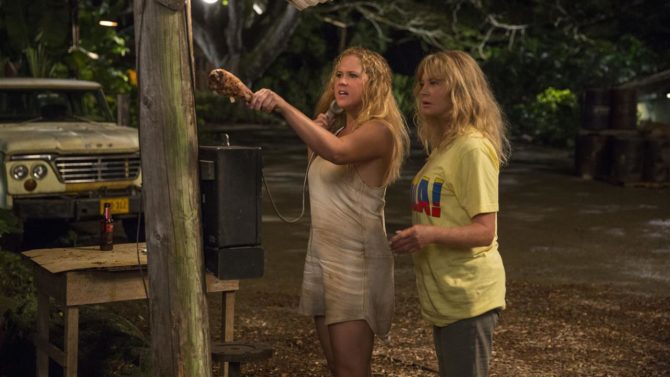 In the movie, Linda is ultra-cautious and somewhat of a recluse who lives with cats…lots of cats. It isn’t that much of a stretch as Hawn used to have cats. She even spoke to them in a totally different language and had her own special way of naming them.

“The last cat I had was named Woody Allen,” said Hawn. “I got him when I was making Everyone Says I Love You in New York.”

Schumer adds, “She has all these pets named after the people she has worked with.”

10. The power of the boob shot 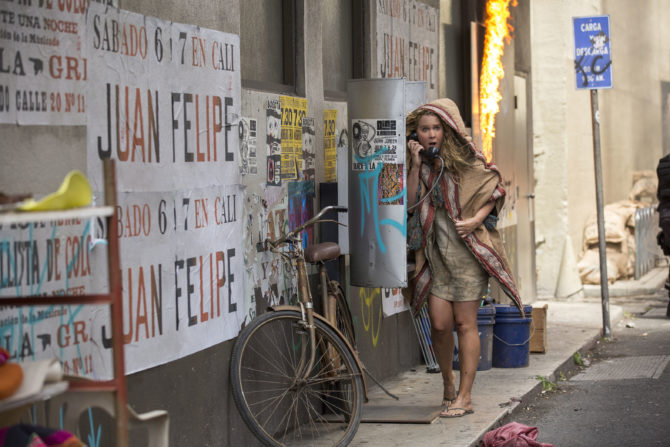 Schumer has always been a proponent of being proud of her body. So when she had the chance to show off one of her breasts, she jumped on the opportunity — even though it was written in the script.

“ It was one of the most unnecessary instances of nudity,” laughs Schumer. “Katie Dippold wrote the script and that was one of my additions — no one asked me to do that. Nobody wanted to see my boob — but I felt kind of empowered.”

She continues, “me showing my body isn’t a statement or anything — I feel beautiful, sexy, healthy, and I wasn’t worried about it.”

“Yeah, it was funny!” agrees Schumer.

Hawn points out, “Sometimes, there’s nothing too cheap for a joke.”