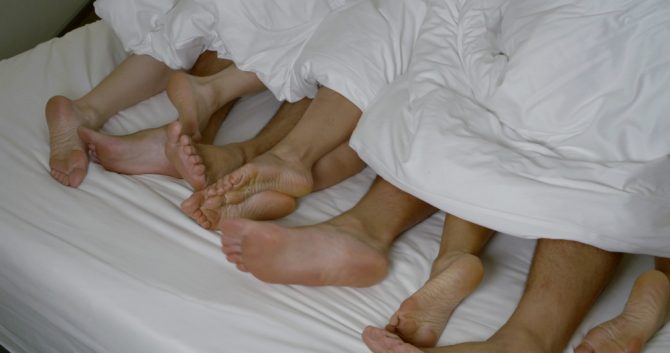 In the least surprising news of the day, over 40 people who attended a swingers convention last month have tested positive for coronavirus.

“If I could go back in time, I would not produce this event again,” the event’s organizer, Bob Hannaford, wrote in a blog post. “I wouldn’t do it again if I knew then what I know now. It weighs on me and it will continue to weigh on me until everyone is 100% better.”

Despite masks being required, social distancing being enforced, and rectal temperature tests being administered every six hours, somehow the virus managed to find its way into the convention.

At least one attendee who got sick had to be hospitalized in serious condition, though that person has since been released. Most of the other cases were asymptomatic or mild, Hannaford says.

“If I thought for one minute that he or anyone would end up in the hospital, I would certainly not have had our event,” he writes. “It is the first hospitalization I have heard about.”

Though Hannaford may not have heard about any COVID hospitalizations, the U.S. currently has about 99,000 people in hospital beds across the country fighting against the virus and over 271,000 Americans have died from it.

Hannaford adds that he doesn’t know when he’ll host another Naughty N’awlins event.

“Maybe we could host an event in August,” he says, “but only after the vaccine has been distributed. After all, if people have not contracted it by August and they refuse the vaccine and they still want to attend… do I let them in? I don’t know.”