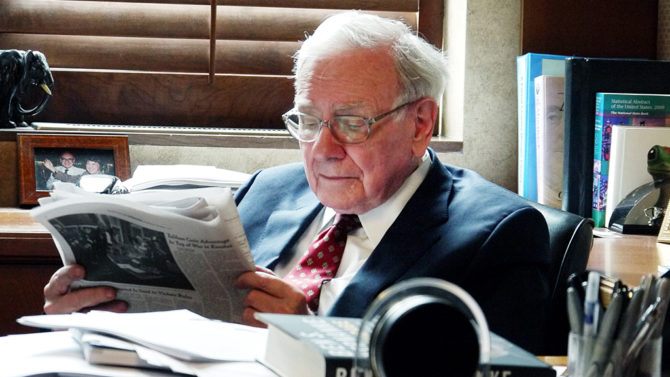 One of the strange effects of the through-the-looking-glass presidency of Donald Trump is just who passes for a national icon. There was, of course, the spectacle of Trump’s inauguration, which was a parade of B-list entertainers and has-beens. Then there are the Cabinet appointees, many of whom would not be counted among the best and brightest even in the event of being sole survivors of a nuclear holocaust (not to give the president ideas).

And then there’s our Peter Thiel.

Thiel has rushed in to fill the vacuum left by all the business leaders–especially in Silicon Valley–who want nothing to do with Trump. With his weird ideas and dangerous beliefs, Thiel would be not necessarily be the best America has to offer despite his well-established business acumen and intelligence quotient.

The problem with Trump’s presidency is that things that would have seemed well outside the realm of normal just a year ago are now commonplace. Before we get too much further into Trump’s term, it’s worth noting just how bizarre the landscape is when Peter Thiel emerges as a giant. Just compare him to a true American icon, Warren Buffett, a billionaire many times over who like Mark Zuckerberg has joined Bill Gate’s pledge to donate 90 percent of his personal fortune in his lifetime.

Buffett is known as the Oracle of Omaha and is widely considered one of the most successful investors in the history of capitalism. He’s considered such a natural treasure that in 2008 both Barack Obama and John McCain both floated his name as a potential Secretary of the Treasury. He’s the subject of a fascinating new HBO documentary, Becoming Warren Buffett. Listening to Buffett talk, it’s clear something has changed from the time the heyday of his values. Concepts of sharing, civic duty and moral responsibility to the less fortunate dominate his conversation, values that rarely if ever come up among the new class of rich dominating the Trump cabinet and his inner circle.

Just how different is this new class from Buffett? Here are six ways to remind us just how far the rich have fallen.

Buffett has given billions to charity and promises to give another $66 billion away during his lifetime and in his will, mostly to the Gates Foundation, to address global disease. By contrast, Thiel’s foundation is focused on his pet causes: sea steading, ending death and encouraging young people to drop out of college to join the start up world even before they learn about the world.

Buffett casts a large shadow over Omaha, which he loves. He has long been the city’s biggest booster and gives back to his hometown. Thiel is largely MIA in the Bay Area, and gets an earful from his more liberal counterparts whenever he does venture out. In fact, Buffett does more for Thiel’s hometown, auctioning off a lunch with himself for the Glide Foundation, a San Francisco homeless charity. We don’t really know much about the remarkable tapestry of LGBTQ orgs, even in his hometown, because he rarely if ever mentions them.

Buffett complains that there is a class war underway and the rich are winning. Noting that he pays a lower tax rate than his employees, Buffett has said, “How can this be fair?” As a libertarian, Thiel is all about shrinking government to a fraction of its current size. Of course, that would mean some nice savings on Thiel’s tax bill, which he complains amount “confiscatory taxes.”

During the darkest days of the 2008 financial crisis, Buffett stepped forward to invest in Goldman Sachs and General Electric, companies teetering on the brink. Buffett’s investment sent a strong signal to the market that the U.S. economy would eventually emerge intact. Thiel is hedging his bets about this country with is dual citizenship in New Zealand. He declared on his citizenship application that “no other country that aligns more with my view of the future than New Zealand.” Right.

On Election Day, Buffett rented a trolley in Omaha and shuttled people to the polls to help increase voter turnout. “I’m really hoping we get this big turnout, just generally — forget about which side they vote for,” Buffett said. Thiel, on the other hand, has declared “I no longer believe that freedom and democracy are compatible.”

Buffett would be the first to admit that he’s made his share of mistakes. But on the whole, his track record is amazing. One thousand dollars invested with Buffett in 1964 would be worth about $12 million today, meaning he’s helped not just himself the little guy, too. The ones who invest their retirement savings in his funds. On the other hand, Thiel’s success rests largely on his PayPal and Facebook investments, which he largely hasn’t duplicated. In fact, at one point he managed to lose 90 percent of his hedge funds assets in just three years.