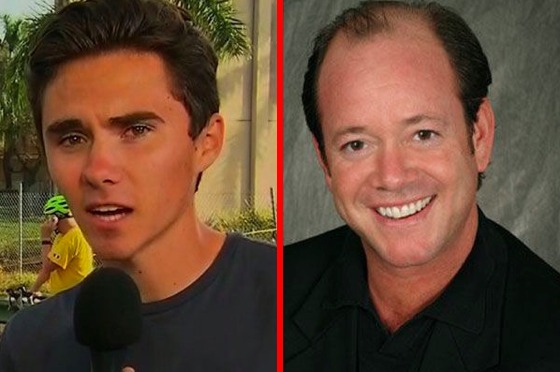 Conservative radio host Jamie Allman has  resigned from both his talk and radio show after threatening to sodomize Parkland shooting survivor David Hogg with “a hot poker.”

It all started last month when Allman, who hosts, er, hosted the ratings-topping conservative talk show The Allman Report, made a sexual threat against 17-year-old Hogg in a now-deleted tweet.

“I’ve been hanging out getting ready to ram a hot poker up David Hogg’s ass tomorrow,” he wrote. 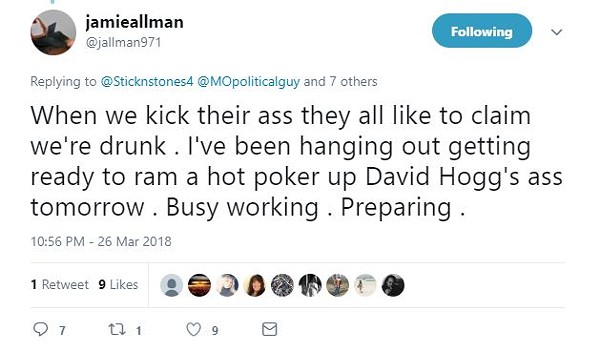 The vulgar hate tweet, which was sent on March 26, prompted several advertisers to pull their ads from The Allman Report, and eventually led to it being canceled.

“We have accepted Mr. Allman’s resignation and his show has been canceled,” a spokesman for Sinclair, the country’s largest broadcaster, announced this week.

Allman’s radio show on KFTK in St. Louis has also been canceled after the station initially said “Jamie’s taking a couple of days off.”

Before becoming a right-wring radio hate monger, Allman was the spokesman for the Archdiocese of St. Louis.