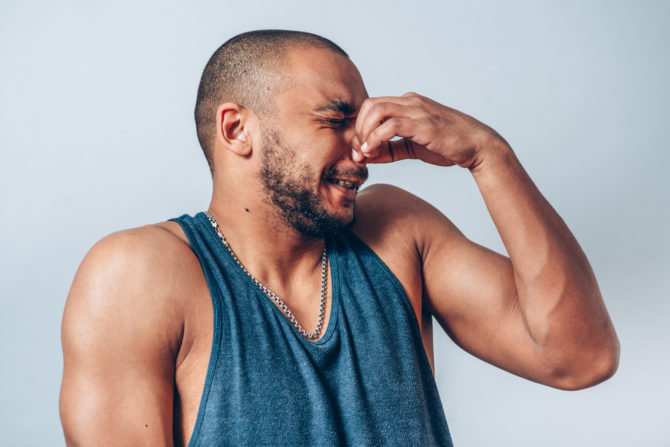 Now, allow us to introduce you to aromantics, a whole new sexual subculture that seems to be growing in popularity.

Related: Don’t call me gay, I’m an androphile: The latest sexual subculture to add to your vocabulary

Urban Dictionary defines “aromantic” as someone who “does not experience romantic attraction.” It also clarifies that “a person who is aromantic does not have to be asexual … They might still experience sensual and aesthetic attraction.”

In other words: You can be aromantic and sexually attracted to people, you just don’t gets butterflies over anyone; sex is for pleasure and nothing else.

Mark Schmidt is a 27-year-old aromantic, or “aro,” from Detroit. He’s also the founder of the Facebook group Aromantic Non-Asexuals, which currently has over 150 members from all across the country.

“Intentional or not, online aromantic communities seem to be overwhelmingly asexual by default,” he tells MyJoyOnline. “I have never advertised my group, [but] it seems to be growing exponentially through word of mouth.”

Other popular aromantic groups are Happily Aromantic, which has almost 500 members, and Aromantic Talk, which has over 1600 members.

“I am happy for the internet making it easy to find and create communities of people with similar disinterest or disgust with romance or romantic feelings,” Schmidt says. “People often seem ecstatic to realize there are others like them when they find my group. It’s really rewarding to see that happen and I want to see more of it.”

Juliette Arnold is a 19-year-old French psychology student and aromantic. She tells MyJoyOnline that she couldn’t be less interested in romance with another human being.

“I’m not sure if I ever felt more than just ‘comfort’ and platonic love when dating anyone,” she says. “I’m not cold or a prude. I just don’t feel any romantic feelings for anyone, and I don’t want to be in a romantic relationship.”

But, she says, this doesn’t make her an uncaring person.

“I still have a huge, sensitive heart. I watch Hallmark movies about true love and marriage, and cry at those!”

“An obsession with romantic love is clearly the norm in Western culture,” he says. “I get the sense that most people hold romantic connection as somehow superior to all other forms of human connection.”

Aromantics want none of this. And that’s OK!

“I will maybe never fall in love, I will never get married, I may spend the rest of my life alone with my hundreds of cats in my big country house,” Arnold says.

“I spent a long time thinking I was the way I am due to mental illness or just being broken,” adds Noelle. “But being aro is just as normal as being anything else.”

Related: Do you exhibit ‘asexual microaggressions’ and not even know it? (Hint: Probably)