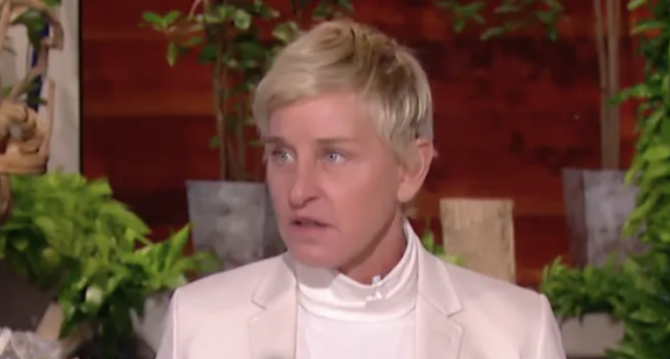 “2020. What a year,” says literally everyone as they tuck themselves into bed each night. But few have had their “off-year” examined under such a large microscope as Ellen DeGeneres, whose long-rumored diva behavior and toxic workplace she presided over at The Ellen DeGeneres Show finally caught up with her.

And while her show is back on the air (and welcoming a limited, masked live studio audience), it’s safe to say her public image took a hit. That’s translated to her losing the most followers on Instagram in 2020 as anyone on the platform.

GamblingDeals looked at data compiled by Social Blade to reach the conclusion, observing a loss of 545,000+ on Instagram and another 612,000+ on Twitter.

But she wasn’t the only celebrity to shed some major fanbase. And oddly, the top three celebrities to lose fans are all either LGBTQ or lost fans for being anti-LGBTQ.

Coming in at number two on Twitter (and number three on Instagram) is gay make-up kingpin Jeffree Star, who saw 487,151 followers vanish on the platform after a number of scandals including being accused of sexual misconduct.

And it’s probably not a shock to learn that the number three fan-dropper on Twitter is Harry Potter author JK Rowling, whose Twitter page had 350,826 followers magically disappear in a cloud of smoke after inexplicably becoming the cis, straight spokeswoman for anti-trans viewpoints.