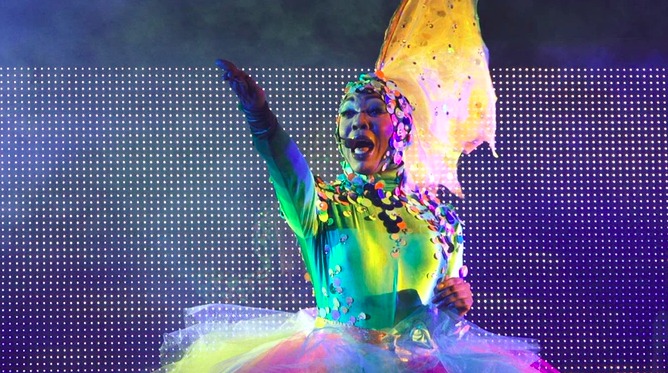 Bebe Zahara Benet was the original winner of RuPaul’s Drag Race Season 1. In the ensuing decade, the show exploded in popularity, crossing over to mainstream success and minting dozens of drag superstars around the world.

Yet she is hardly surprised. “I called it immediately after the season wrapped,” Bebe tells Queerty in an interview. “All of the different divas and the work they did on the Season I knew it would be major. We broke down the fourth wall and showed we were human and people could relate to that. I knew if people could attach to those stories, the drag part would be secondary.”

Bebe went onto great things herself, recording a single, I’m the Sh*t, producing music video, performing live around the world, promoting parties and founding her own design firm. She’s now raising money on a Kickstarter to help fund Emily Branham’s documentary, Being Bebe.

Queerty talked to Bebe just after her appearance in RuPaul’s Drag Race All Stars Season 3.

How much of the BeBe Zahara Benet documentary have you seen?

I haven’t seen a ton of it, but the bit I’ve watched is amazing. I am very excited about the entire project. All of the footage is shot–it just needs finishing. The “Being Bebe” Kickstarter campaign is going to help the director, Emily Branham, complete all of the remaining editing and make sure the film is finished to the highest quality possible.

How did you meet Emily? Is it a challenge for a white woman to understand your struggle?

I was running for my first national pageant and Emily’s younger sister was a background dancer. She came to visit and Emily joined her for one of our rehearsals and was was intrigued by drag and the pageant world. She also was interested in my personal story. She wanted to follow me to Dallas for a short film about what went into preparing for a specific pageant. Through that process we had deeper conversations about my life and culture and she found my story compelling. We came to the conclusion that we should do a film from there to explore these things further. There may be some struggles with her understanding African culture and the drag world. She worked through it by learning from me and I learned so much from her in return.

There is something universal about my story: love, loyalty, perseverance. It transcends race and I deal with things everyone can understand regardless of race. No matter who you are, you will take something from the film. I felt like my story was meant to be told. I believe people can relate to and be inspired by my journey.

We want to get this film out and make it accessible to the masses around the globe. In today’s political climate, I believe this film is more important than ever and I hope others feel the same.

You were Drag Race Season 1 winner. Could you in your wildest dreams ever have predicted the success and the breakthrough popularity? 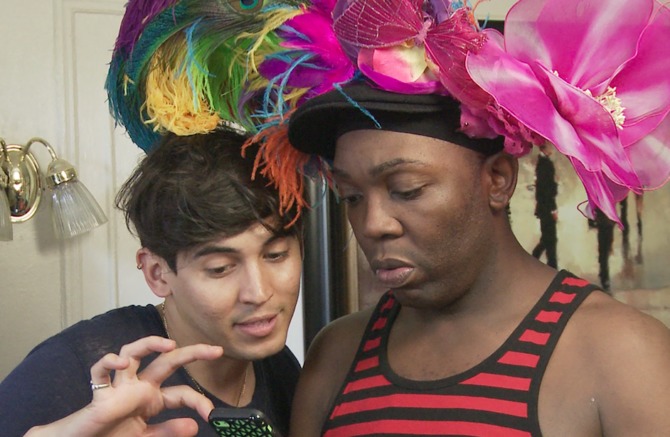 I called it immediately after the season wrapped. All of the different divas and the work they did on the Season 1 knew it would be major. We broke down the fourth wall and showed we were human and people could relate to that. I knew if people could attach to those stories, the drag part would be secondary. Without even seeing the final project I knew it would be huge.

What is it that non-gay people love about drag?

They love that we are daring, that we come across as secure and are unafraid to touch on the feminine energies we possess. They admire the artistry as well and what it takes to transform. We wear what we want, walk how we want, talk how we want and don’t hide in the shadows of anyone.

In some ways your winning season 1 set the whole success story in motion.

Emily started following me long before RuPaul’s Drag Race ever became a possibility. Competing in and winning the first season definitely added an entirely new dimension to the project and it’s likely why she’s followed me for so long. With the film, people will get to take the ride with me of preparing for the first season, coming back home, winning and then living life after snatching the crown. It’s a wild ride.

There’s intersectionality in your identities, from gender to race to being an immigrant. 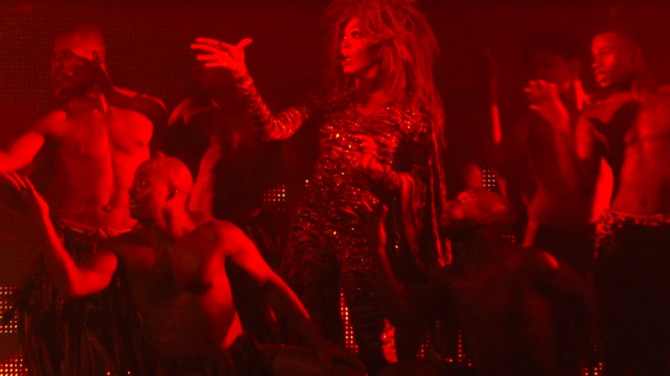 All of those identities collide to make me the unique entertainer I am today. I also think it’s a big reason certain people respond to my aesthetic or my presence on television. In a number of countries around the world, acting “effeminate” in public is a punishable offense. Performing in drag is an underground phenomenon in many places because of homophobic legislation. It’s a perspective that many don’t get to hear and my story, of course, doesn’t represent any majority. But it can add to the larger conversation about the criminalization of queerness around the globe, as well as some of the xenophobic attitudes stirred up the current administration in America.

We must remain visible. I’ve always believed that representation matters in terms or race, ethnicity, sexual orientation, etc. It’s a scary and enthralling time to be on this earth. Some of the powers that be would have it that we go and hide. But we have a responsibility to ourselves and our communities to continue being visible, to continue telling our stories and to inspire future generations to do the same. We have to make it clear that our voices won’t be ignored and minimized.

Is drag particularly relevant in a difficult time of backlash like this?

Drag has always been relevant and important in this regard. Now it is allowing us to deliver messages of hope, self-worth and resistance to a much larger audience thanks to shows like RuPaul’s Drag Race and Dragula. There are also countless local queens and performers that are being voices for equality and change. It takes a village.

What did you think of Ru’s comment that she would “probably not” allow trans women on her reality show?

I won’t speak on Ru’s comments, because her opinion is her own. For me, drag is for everyone. I celebrate it in every color, shape and form of expression. No matter who you are or how you identify, if you find power, a sense of self or a sense of community in the drag art form, do it. And don’t ever let anyone discourage you from doing it. People of trans experience have opened so many doors and continue to blaze trails in the drag world. And they will continue to do so.

Tell us a bit about your life outside drag. What are you up to these days?

There’s so much going on. Outside of all of the touring and my new dance party, ROAR!, I’m working on my new album and running my decor and design company, Revel Entertainment, based in Minneapolis. We also have a charity popup shop coming up in April and a gala event in the fall. I look forward to running with this newfound exposure and creating great and unique projects moving forward.

The doc is getting lots of support from all the right people:

Ayo, little sis… @ajaqueen? said what she said. Thank you for the support, love. ?? You are a true queen. ?

Contribute to the Kickstarter now

Check out out a clip from the documentary: