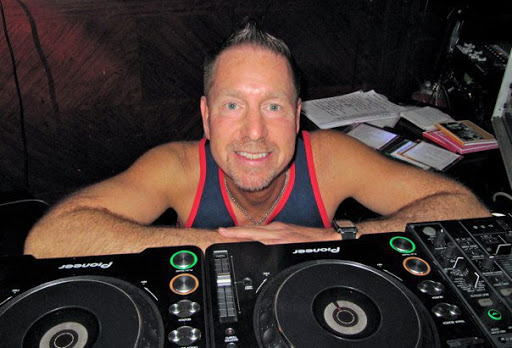 According to several social media reports and tributes, veteran gay club DJ Warren Gluck has died. He was 65 years old.

No cause of death has been announced.

Here’s his full bio from The Pines Foundation website:

For over 34 years Warren Gluck has been delighting dance floors with a varied and diverse DJing style that has earned him a devoted international fan base and universal respect from his DJing peers. Starting out in 1975 on Long Island, Warren was soon playing at all the gay dance clubs in the metropolitan NYC area. In the late 1970s and early 1980s, Gluck’s growing popularity led to prestigious residencies at legendary New York nightclubs such as The Monster and The Saint. By the time the circuit scene started to really grow and flourish in the late 1980s, he helped develop the circuit’s musical definition, DJing at many of the big events around the country.

Warren has played almost every major party in the U.S. from coast to coast, including the GMHC Morning Party on Fire Island, The Pines Party, The Saint-at-Large White and Black Parties in NYC, Hotlanta, Fireball in Chicago, The White Party and The Winter Party in Miami, Gay Days in Orlando, The San Diego Zoo Party, Gay Pride celebrations in NYC, San Francisco, Boston and Phoenix, Palm Springs White Party, Mardi Gras and Southern Decadence in New Orleans, and The Red Party in Columbus Ohio. In June 2005, he headlined New York’s 8,000-person Gay Pride Pier Dance for an unprecedented 6th time to rave reviews. In addition to big event parties, he maintained his Monster residency for over 25 years, and over the years made numerous appearances at the Ice Palace, Pavilion, and the Blue Whale on Fire Island, and the Paramount in Provincetown. He has traveled extensively for club dates, and is a resident DJ on the Atlantis gay cruises. For the past seven years he has played Boston’s High Tide Pride Boat Cruise, a personal favorite.

Gluck’s success as a DJ has not only been a domestic phenomenon as his musical style translates quite well abroad. In 1997, he became the first American DJ to be asked to perform at the Sydney Gay & Lesbian Mardi Gras party, the biggest dance party in the world with over 20,000 in attendance. He has since performed at several more Mardi Gras Parties and the Sydney Gay Games and now performs regularly Down Under. His DJing prowess has led to many other stamps in his passport including those from Canada, Mexico, Greece, and Spain.

Warren’s musical style is usually characterized as being upbeat and festive, with an accent on big vocals. However, he also has the ability to play a dark, mysterious program when the party’s theme calls for it. He likes to take the crowd on a wonderful journey through the evening, encompassing many different musical styles; however, morning music is his personal favorite. A true pioneer in the industry and one of the first ever professional DJs, Warren Gluck is the consummate professional who is always striving to please the crowd while maintaining a consistent level of creative excellence. With over 34 years in the DJ booth under his belt, DJing still remains thrilling and enormously satisfying to Gluck. Those on the dance floor are thrilled and enormously satisfied to still have him up in the booth.

We have lost a legend, and a friend.
You made us dance; you made us love.
RIP DJ Warren Gluck, who passed away suddenly yesterday morning. ??? pic.twitter.com/80VhgqH1vq

2020. Hearing the news of the passing of our beloved friend DJ Warren Gluck. We are deeply saddened and grateful for his…

Woke up to the saddest news. World renowned legendary DJ Warren Gluck has passed away. One of greatest to ever spin a…

Subscribe to Queerty for a daily dose of #life #music #r.i.p. stories and more