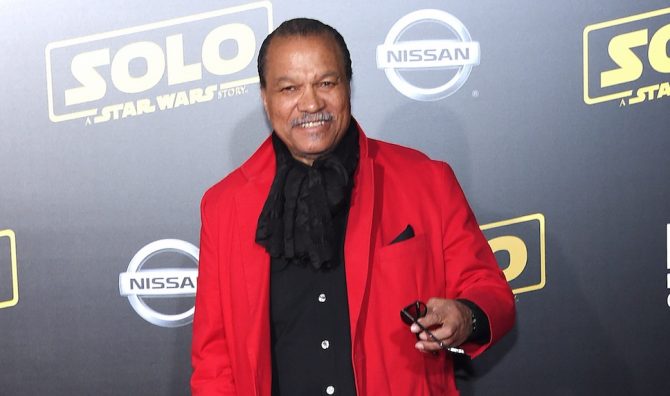 Billy Dee Williams made headlines this week after telling Esquire he uses both masculine and feminine pronouns, but after seeing how the comments were interpreted, he has one question: “What the hell is gender fluid?”

The 82-year-old Star Wars actor dispelled the idea that he’d come out as gender-fluid, explaining to The Undefeated “what [he] was talking about was about men getting in touch with their softer side of themselves.”

“There’s a phrase that was coined by Carl G. Jung, who was a psychiatrist, who was a contemporary of Sigmund Freud, and they had a splitting of the ways because they had different ideas about the … what do you call it? Consciousness. Unconscious. It’s collective unconsciousness. But he coined a phrase that’s, ‘Anima animus.’ And anima means that is the female counterpart of the male self, and the animus is the male counterpart of the female.

“No, no, no, I’m not gay — by any stretch of the imagination. Not that I have anything against gay people. But personally? Not gay.”

Williams first played Lando Calrissian 1980’s Star Wars: The Empire Strikes Back. He is reprising the role in the Star Wars: The Rise of Skywalker, which will be released later this month.