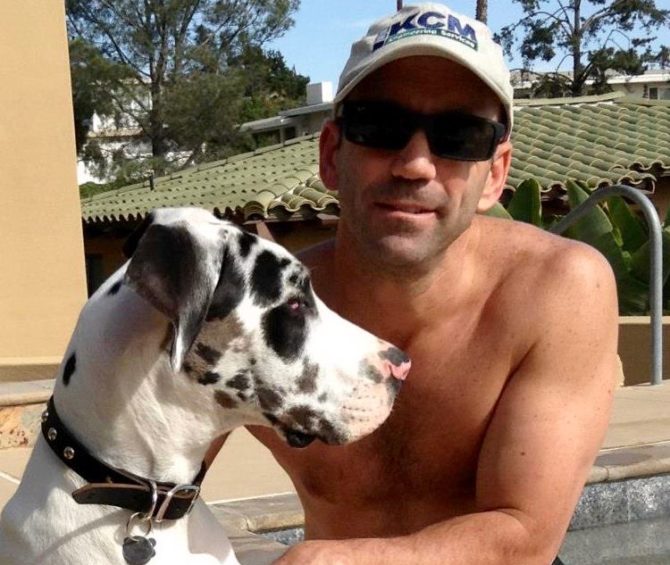 He is an accomplished civil engineer and owner of a construction firm in San Diego, a father, and 1000% heterosexual.

Oh, and he’ll sue anyone who suggests otherwise!

To make a long story short: In 2011, Kovtun’s construction firm, KCM Group, was chosen to manage a controversial proposal that would remove vehicles from Balboa Park’s Plaza de Panama. The $79 million construction project has been opposed by several environmental and historical organizations.

Last year, as KCM Group was finishing up preparations to begin the project, a number of scandalous fake profiles featuring Kovtun began popping up all over the internet.

Another profile showed a photoshopped picture of Kovtun completely naked, and another had him naked with his face superimposed over his genitalia.

They profiles were first discovered by Kovtun’s teenage son, who alerted his father.

In a new lawsuit, Kovtun is demanding YouTube, Medium, Facebook and Blogger to take down the images and uncover who posted them them so, presumably, he can sue them for attacking his reputation.

Unfortunately for Kovtun, companies such as Facebook, WordPress, and other social media platforms have policies in place to protect the anonymity of its users.

Kovtun believes the perp is a man named Erik Hanson, who is a member of the Save Our Heritage Organization and a vocal critic of Kovtun.

Hanson, however, is denying the allegations. He told the San Diego Reader the claims are “ridiculous.”

“It offends me because it’s just not anything that I would do,” he said. “Plus, I don’t believe being gay is slanderous or is an attack on someone’s so-called reputation.”