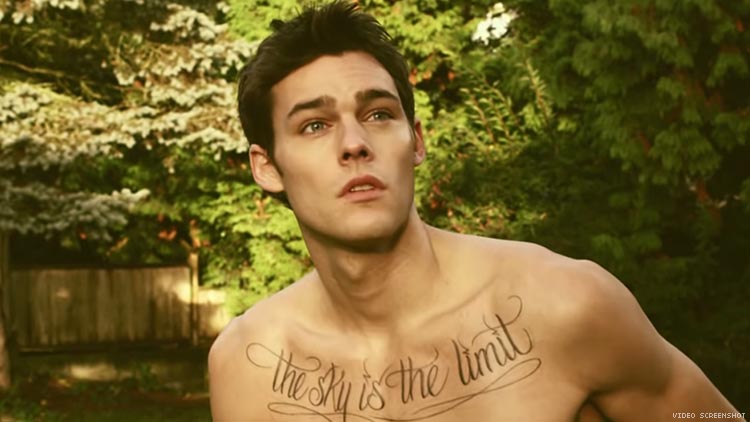 Carly Rae Jepson burst onto the music scene in 2012 with her mega-hit “Call Me Maybe.”

To date, the song has sold over 18 million copies and it’s accompanying music video has been viewed more than 1 billion–yes, 1 billion–times on YouTube due in part to its “boy meets girl, boy likes boys” storyline.

Now, the star of that video is speaking out about his experience. And–guess what?–he’s not happy about any of it.

In an interview with iHeardradio.ca, Holden Nowell, who was paid $500 to play Jepson’s shirtless crush, says he had a difficult time managing his new found fame after the video was released.

“It’s what people began to recognize me as and know me as, and it was only that,” says Nowell. “I was always the ’Call Me Maybe’ guy, everywhere I went, and after a while I got really sick of hearing that.”

“I didn’t like being known as ‘the gay guy’ in the video.”

Nowell, now a rapper under the moniker SixXx’Tre, adds that there was supposed to be a gay kiss in the video, but he refused to do it.

To get out of kissing another guy, he claims he came up with the video’s brilliant ending.

“I said, ‘You know what? What if instead of me kissing a guy at the end of the video, what if I just give a guy my number or something like that?'”

Nowell says he hasn’t spoken to Jepsen since making the video. Not that he minds since he isn’t a fan.

“I personally don’t have anything positive to say about Carly Rae,” he says. “She won awards because of that video and she never reached out to me.”