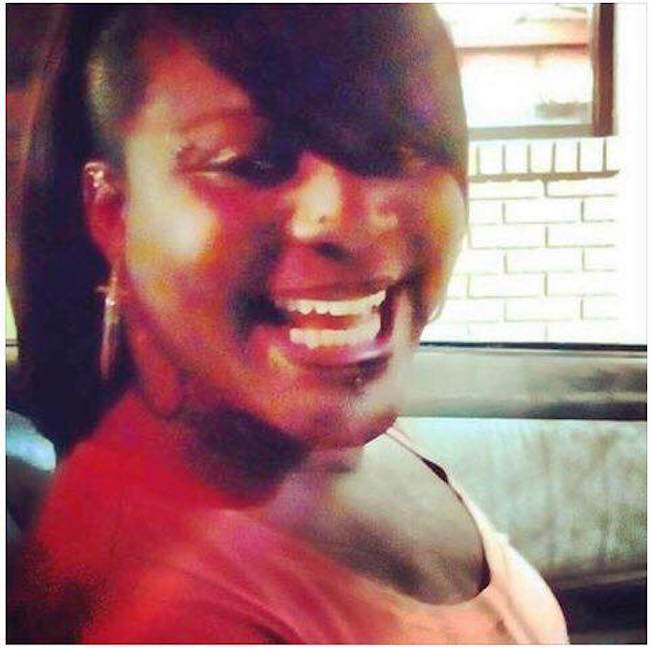 On Wednesday, a car drove through a crowd of protesters on the streets of The Grove in St. Louis as they participated in a vigil for the death of a transgender woman.

While there were only minor injuries, the driver is still on the loose.

On Tuesday, authorities responded to a call about a stabbing, discovering a victim who had been stabbed several times. As police attempted arresting Kenny “Kiwi” Herring, she allegedly slashed an officer’s arm, who retaliated by shooting her.

Related: WATCH: Shoppers passionately defend transgender woman in “What Would You Do?”

Herring died at the scene. She leaves behind a wife and three children.

There were roughly 100 people at Wednesday’s candlelight vigil, with several staging a protest down the street.

Many friends dispute that Herring was armed, saying cops kept misgendering her and rushed to judgement.

“Some people hated them because of their lifestyle,” says Krystle Purnell, who was a close friend and classmate. “But Kenny was always Kenny, no matter what anyone thought.”

Brooke Jones, another friend of Herring, says neighbors would “talk their little talk but, at the end of the day, [Herring] heard it so many times she didn’t let it faze her.”

Herring was apparently excited Monday evening about a barbecue she was throwing with friends.

“If you needed anything from Kiwi, she would give it to you,” Jones says. “She’d see my kids outside playing and she’d hand out popsicles, have barbecues, all that.”

The two officers involved in her death have been put on administrative leave until an internal investigation is completed.