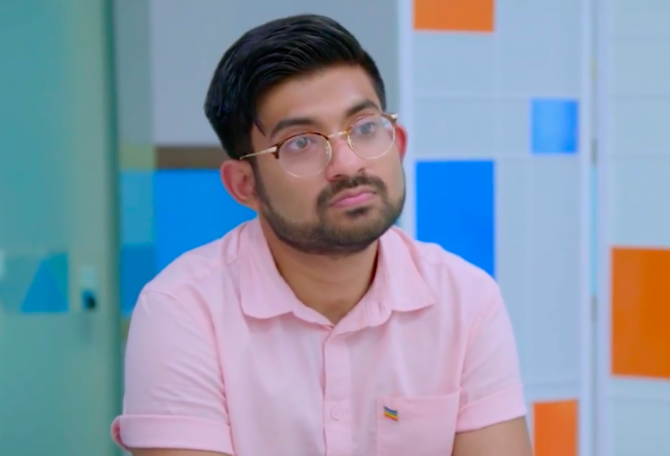 A gay man from Brighton, England is at his wit’s end after he says he’s never been able to achieve an orgasm during sex.

Tapodeb Mukherjee appeared on this week’s episode of The Sex Clinic, a U.K. reality series that features sexperts talking about everything from penis pumps to what to do when you find our you’re missing a testicle.

Mukherjee told Dr. Naomi Sutton that he’s never been able ejaculate during sex, despite being turned on and having intercourse “for hours.”

The 23-year-old student, who is originally from India, said not being able to achieve an orgasm makes sex very “frustrating” and leaves him not feeling “100% confident.”

“I just think I’m not normal because I feel like everyone who’s normal can finish the race and I’m the one who stops just ten meters before,” he lamented, adding that he was “constantly disappointing” his ex-boyfriend because of it.

Since first becoming sexually active four years ago, Mukherjee said he’s only come close to orgasming during sex twice in his life.

In the episode, Mukherjee also talked at length about coming out as gay.

“I came out to a few close people in my family but not everybody knows and I’m not very out and proud back in India even though I really want to be,” he recalled.

“My uncles and aunts will be like ‘oh, we need to find you a bride, we need to get you married and have kids’. I feel like my family accepts me but deep down inside I know that they don’t. Because I’m gay I have to do everything twice as hard, just to be normal.”

Adding to the stress of it all, Mukherjee lost his father six years ago.

“It is painful because I lost my dad in 2014 and I never got to tell him about being gay and I was very close with my dad, very, very close,” he said. “I don’t know how he would have reacted. It carries a lot of weight in my life.”

All that, paired with his issues in the bedroom, have been “very emotionally draining.”

In her assessment, Dr. Sutton told Mukherjee she believes his overall negativity about life is what’s affecting his ability to ejaculate during sex.

“These are some of the negative statements, aren’t they, that you’ve been carrying?” she says. “So when you’re having that sexual experience and you’re physically aroused and you’re really enjoying it, these thoughts are there.”

She recommended he work on accepting who he is in order to help with his problem.

Subscribe to Queerty for a daily dose of #life #dr.naomisutton #orgasm stories and more