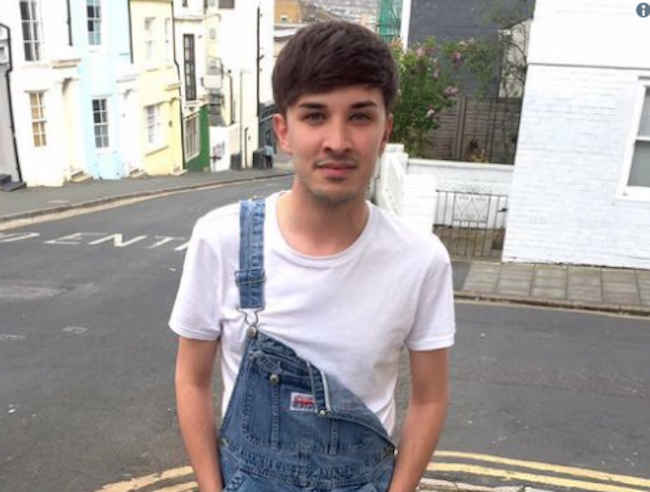 Friends and family of 29-year-old Martyn Hett are fearing the worst after last night’s terrorist attack at an Ariana Grande concert in Manchester.

Hett is still missing and hasn’t contacted anyone in the aftermath of the massacre.

22 concertgoers were killed and over 59 were injured by the bombing, which occurred at the tail end of the concert at the Manchester Arena.

Authorities have confirmed the incident is being treated as a terrorist attack, and that the lone attacker died at the scene.

Pink News reports Greater Manchester Police have also arrested another man, 23, in connection to the massacre.

Hett works as a digital manager at Rumpus PR. He was intended to go on vacation to the United States for two months shortly after the concert.

His brother Dan reported him as missing this morning.

“My brother was at the Manchester Arena last night and hasn’t checked in.”

“If anyone has seen him in any way *please* contact me”.

“The more news that is coming out, the scarier this is getting.

There was an explosion at the Ariana Grande concert tonight in Manchester and I haven’t seen my friend Martyn since.

He went to the bar about 20 minutes before the end of the concert and got chatting to some girls.

As I was leaving, the explosion happened and everyone started running.

I just want to find out that he’s safe somewhere.”

Speaking to the Manchester Evening News, he added: “It was so surreal. It almost didn’t seem real but everyone started running and screaming.”

Hundreds of people have tweeted their best wishes and prayers that the Manchester resident be found safe and sound.

My brother @martynhett on the right was at the concert tonight, he hasn't contacted anybody. Has anybody seen him. #manchesterarena pic.twitter.com/sJMa8PFe6Y

my brother @martynhett was at the #manchester arena last night and hasn't checked in. if anyone has seen him in any way *please* contact me pic.twitter.com/Gu5w7cjyF0

Martyn is a social media addict, this is what's worrying me, even if his phone was lost/damaged he'd have made contact ?? @martynhett https://t.co/3vwn9qlYve