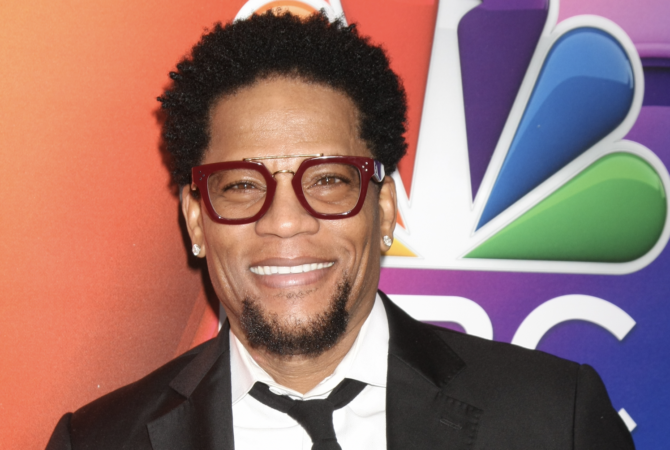 We didn’t see this one coming…

Comedian D.L. Hughley has just signed a deal to star in a new, semi-autobiographical sitcom for the Fox network in which he plays a straight-talking comedian with a queer daughter.

Deadline reports that Hughley, best known for his role on the ABC sitcom The Hughleys which ran from 1998-2000, will co-produce, co-write, and star in the as-of-yet untitled show, which he co-created with The Last O.G. showrunner Owen Smith.

“DL is one of those rarities to me in that he really can do it all, but even more than that, what I find really special about him is that he doesn’t pull any punches,” CBS Studios president Sheila Ducksworth said in a statement. “He says it exactly how he means it, and he is consistent across the board in expressing his point of view — and he definitely has one.”

The announcement that Hughley will play dad to an LGBTQ child comes as a particular surprise given the comedian’s long history of anti-LGBTQ tweets.

In the past, he has attacked former Florida gubernatorial candidate Andrew Gillum for coming out as bisexual following a drug scandal, attacked actor Terry Crews for coming forward about being sexually assaulted by another man, and engaged actress Indya Moore in a Twitter debate over homophobia in comedy.  He also was a vocal supporter of Kevin Hart during his homophobic Oscars scandal a few years back.

On the other hand, Hughley’s daughter recently came out as lesbian in real life, so maybe his experience with her has taught him how to have more empathy for LGBTQ people. Hughley is a very talented comedian. Here’s hoping he gets to put that comic skill to good use.

This new Untitled DL Hughley Sitcom has yet to set a release date.