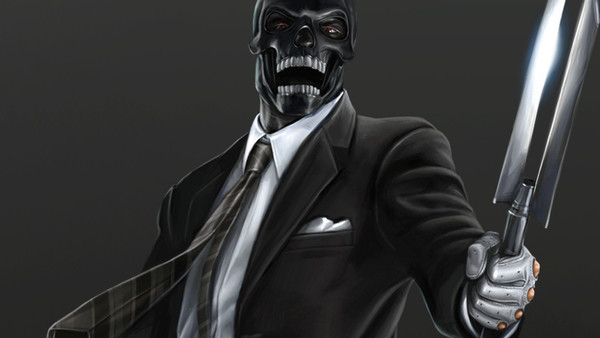 The internet geekverse has gone all atwitter over a rumor that the Batman villain Black Mask will be portrayed as gay in a new movie.

Warner Bros. has announced that Black Mask will serve as the primary villain in the film adaptation of Birds of Prey, a spinoff of the “Batman family,” and part of the DCEU series of films. Now gossip site We Got This Covered reports that Black Mask will be portrayed as gay, albeit in a subtle manner. Apparently, the film will show sexual tension between Black Mask and fellow villain & serial killer Victor Zsasz. Actor Ewan McGregor will play Black Mask opposite Margot Robbie’s Harley Quinn and Jurnee Smollett-Bell’s Black Canary.

More to the point, we have to wonder why perceived subtext–particularly that of a villain–even warrants celebration at this point. Though we would love to see more queer characters in comic book blockbusters, or, for that matter, existing characters like Wonder Woman, Mystique, Loki, Valkyrie or Iceman portrayed as unapologetically LGBTQ as their comic counterparts, subtle hints don’t quite qualify as progress. Hollywood films like Star Trek Beyond and Avengers: Endgame have tried adding queer characters in minor roles or with blink-and-you’ll-miss-them details, which come off more embarrassing and insulting than inclusive.

For now, the news about Black Mask remains nothing more than rumor. Here’s hoping that if it comes to fruition, it gives us an actual reason to celebrate.