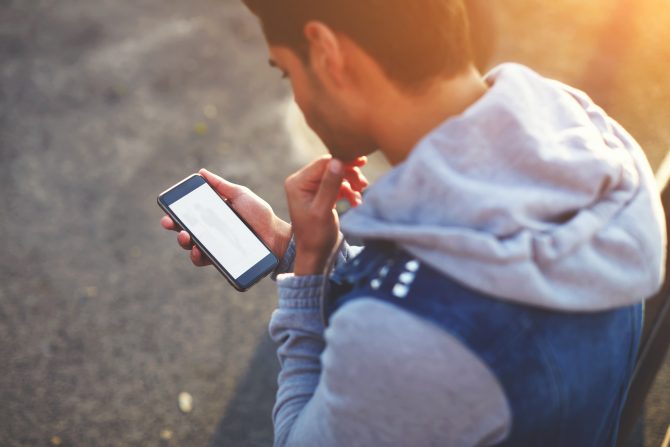 A freshly out gay man isn’t sure how he feels about his boyfriend of six months keeping in touch with his ex-lovers, so he’s asking for advice on Reddit.

The man says it all started one day when he was scrolling through the pictures on his boyfriend’s phone. His boyfriend snatched the phone away and said, “I don’t want you to see the pictures of my exes.”

That’s when he learned he was still friends with at least two former flings.

“He was friends with them then they hooked up and stayed friends,” the man, a former Jehovah’s Witness, writes. “He’s only known them for maybe three years at most. Not best friends but just friends.”

Related: Wife suspects husband might be gay after discovering he’s been swapping nudes with men on Grindr

He continues, “I told him that I don’t think people should be friends with their exes or past hookups once they enter a stable relationship. And he argued and said ‘You don’t understand because you were a Jehovah’s Witness. This is normal.'”

When the man told his boyfriend “I don’t want to have any dealings with any other person that has touched your dick,” his boyfriend replied, “We just had sex. We didn’t make love. It’s different.”

“Maybe it’s different. But when you have sex you cross a line where you are the closest to someone physically as possible. I don’t care if you made love or just f*cked.”

Now the man wonders: “What do you guys think? I wanna make sure I’m not going crazy. I’m new to the ‘gay world,’ but I am sure this isn’t as normal as he made it seem.”

Related: You’re gay and you’ve slept with all your friends

Naturally, other Redditors have lots to say about the matter.

“I’m on team BF,” one person writes. “His past sexual exploits are in the past. … It’s not OK for you to veto any of his friendships. That’s controlling and possessive and I too would break up with you over it.”

“There is nothing wrong with staying friends with your ex, as long as that relationship stays friendly,” another says.

“Some of my best friends started out as tricks,” a third person remarks. “Why in hell would you deny someone friendship because they had a sexual history? That just seems archaic to me, and not rational in the gay world.”

But not everyone agrees.

“Who keeps pictures of them kissing their exes etc on their phone and laptop after being in a new relationship?” someone asks. “That’s odd.”

“I remember this happened before with one of my relationships,” a second person comments. “Resentment is real, and it does lead to a break up.”

“You’re not on the same page about this,” a third person writes. “You can’t force him to change his friends. You can try to have a compromise where you meet in the middle, but it’s likely going to bring big resentment to both of you. You guys might just be incompatible.”

What do you think? Is this guy being unreasonable by expecting his boyfriend to drop any friends he’s hooked up with prior to their meeting? Share your thoughts in the comments section below…