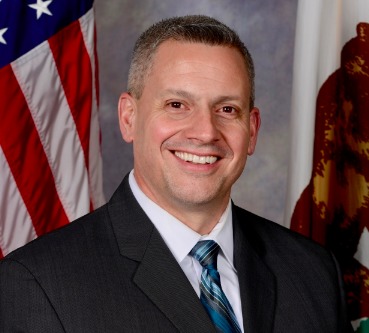 Don Morrissey doesn’t think it’s fair that he was demoted to deputy last year after it was revealed he not only failed to report hate speech made by several officers under his supervision, but that he gleefully engaged in numerous group texts filled with racist, homophobic, and misogynist slurs.

3,000 texts were exchanged between several employees of the Santa Clara County Police Department between December 2014 and June 2015.

“The following message is Pope Francis approved,” one officer wrote, “all n*gger f*ggots go to hell.”

“Filthy n*ggers have never been thought of highly,” another officer said. “Sorry if I offended any of you n*gger loving p*ssy f*gs.”

Not once did Morrissey step in to put a stop the behavior. In fact, in at least one instance, he responded by jokingly writing: “Who are you people [and] how did you get my number?”

And in another, an officer texted, “Child molester and a moully??? Justified shoot.” To which Morrissey responded, “Hahaha.”

Moully (or “moolie”) is a racial slur against African Americans.

A disciplinary review board voted to demote Morrissey last year; however, Sheriff Laurie Smith believes he should have been fired for doing more to put a stop to the behavior.

“These are outrageous and racist comments,” she says. “To see this level of hatred is unusual.”

Neither Morrissey nor the Santa Clara County Deputy Sheriffs Association have issued comments on the appeal.