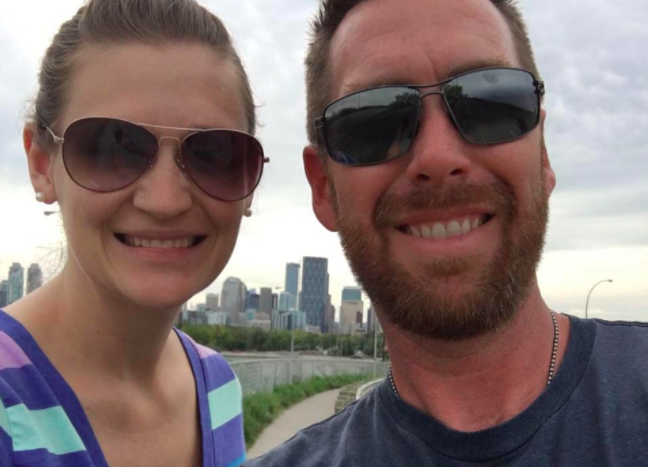 Lauren Swindell is married to an openly gay man named Aaron. And that’s OK with her. Because God led them to each other, and God knows everything.

In a recent post on her blog “Courage To Hope,” Swindell talks about being married to a man who is not sexually attracted to her.

“Why did I agreed to marry a man who is Same Sex Attracted?” she writes. “I’ll do my best to explain that in this post. To me, Aaron isn’t a same-sex attracted man. He is just…..Aaron. My Aaron.”

She and Aaron live in Simi Valley, California, where they run a window cleaning business.

Swindell continues: “There was always something that set Aaron apart from others I have dated in the past. Does it have to do with his same-sex attraction? I’m not sure. … Maybe growing up same-sex attracted gave him a different perspective when it came to relationships.”

She explains that Aaron didn’t tell her he was gay until their fourth or fifth date. When he did, she was completely taken aback.

“I was in total shock!” she recalls. “I cried with friends, I processed and I prayed. At the end of panic, in the quiet times, I only saw Aaron. He is one of the greatest men I have ever met.”

And so… she married him!

“If same-sex attraction was the only reason I could think of to not pursue a relationship with him, was that reason enough?” Lauren writes. “For me it wasn’t.”

“He didn’t trick me into this,” she continues. “He wasn’t using me. He’s never been deceitful about his feelings.”

Throughout his life being same-sex attracted, he has always stood firm in his faith, conviction, trust, hope and love for God. He has incredible restraint and self-control. He has been open and honest with people, sought council, surrounded himself with accountability and mentors. I know it must have been so hard. In my opinion, he lives a life that I whole heartedly respect. How could I fault him and discount his faithfulness to God?

Swindell admits that her husband “isn’t perfect,” but neither is she.

“I know Aaron will struggle,” she says. “I know that from time to time his mind will wander. Just because we are married, doesn’t mean the same-sex attraction will magically go away. It’s a part of who he is.”

“My hope is that he keeps his eyes fixed on God, so that when his mind does wander, it won’t wander too far or for too long.”

Related: They’ve Only Been Married A Month And Her Christian Husband Just Confessed That He’s Gay