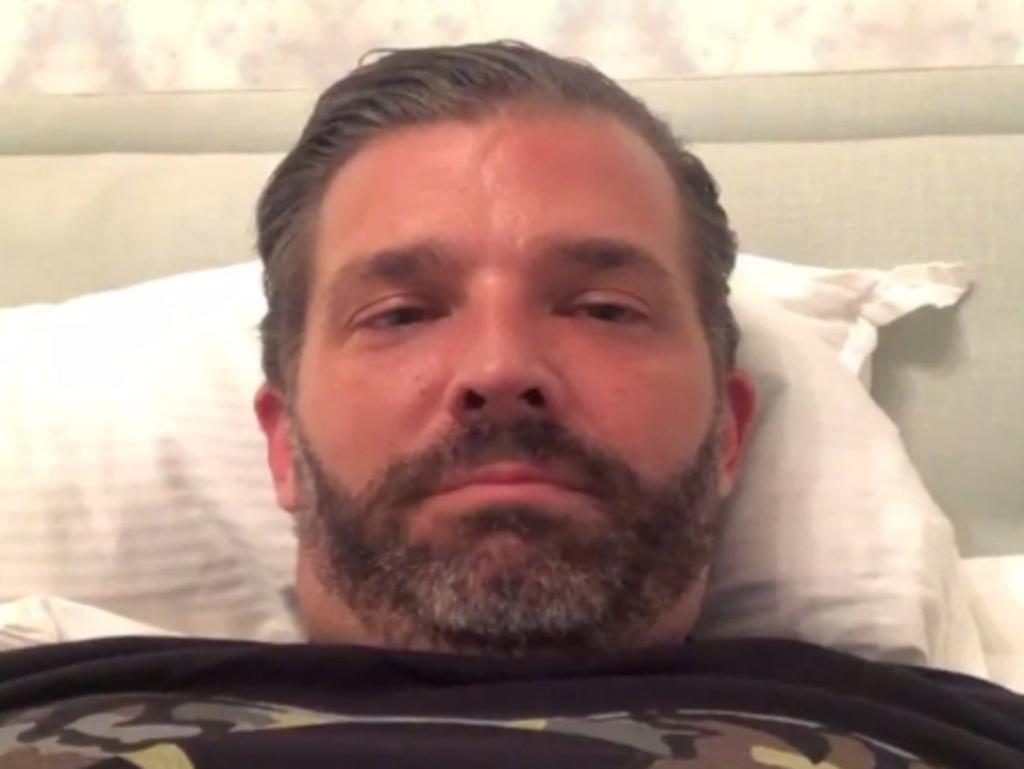 Donald Trump Jr. went on Fox News this week to praise his father for showing Republicans that you don’t have to “lose gracefully.” Instead, you can incite an insurrection to stop the peaceful transfer of power, if you want.

Speaking to Sean Hannity about the need to push back against Democrats, Don Jr. said, “The Republicans aren’t willing to do it. They have shown that over the decades. They’d just rather lose gracefully, I guess.”

“That’s not really a plan that I would go with. It’s what they have done. Donald Trump has shown that you don’t have to do that. You can actually push back.”

Donald Trump Jr. says that Republicans would "rather lose gracefully" but his dad has "shown that you don't have to do that — you can actually push back." pic.twitter.com/InLGEJhaRM

Of course, this is hardly the first time Don Jr. has tried putting a positive spin on his father’s bad behavior.

Earlier this month, he praised his dad after the Senate voted 57 to 43 to convict him of one article of impeachment for incitement of insurrection.

The historic bipartisan vote fell just short of the two thirds needed to actually strip Trump of his post-presidential privileges and stop him from ever running for office again.

Somehow, Don Jr. saw this was a win. He fired off a series of celebratory tweets congratulating his pop on “back to back impeachment champ.”

When the establishment hates you and wants to prevent you from ever running again you know you’re doing something right. pic.twitter.com/jtMqUAGEYv

Beating these establishment clowns twice after years of BS and under unprecedented circumstances is a badge of honor.

NOT GUILTY. Now maybe it would be nice if the senators stopped putting on show trials for free air time and actually started working for the American people for a change.

My thoughts on the Not Guilty verdict in Sham Impeachment Part Deux. https://t.co/z2wBTLc8Jj

Earlier this month, Don Jr. was deposed as part of the Washington, D.C. Attorney General’s lawsuit alleging the misuse of Trump inaugural funds. He is also at the center of the Manhattan District Attorney’s office into the Trump Organization’s finances.