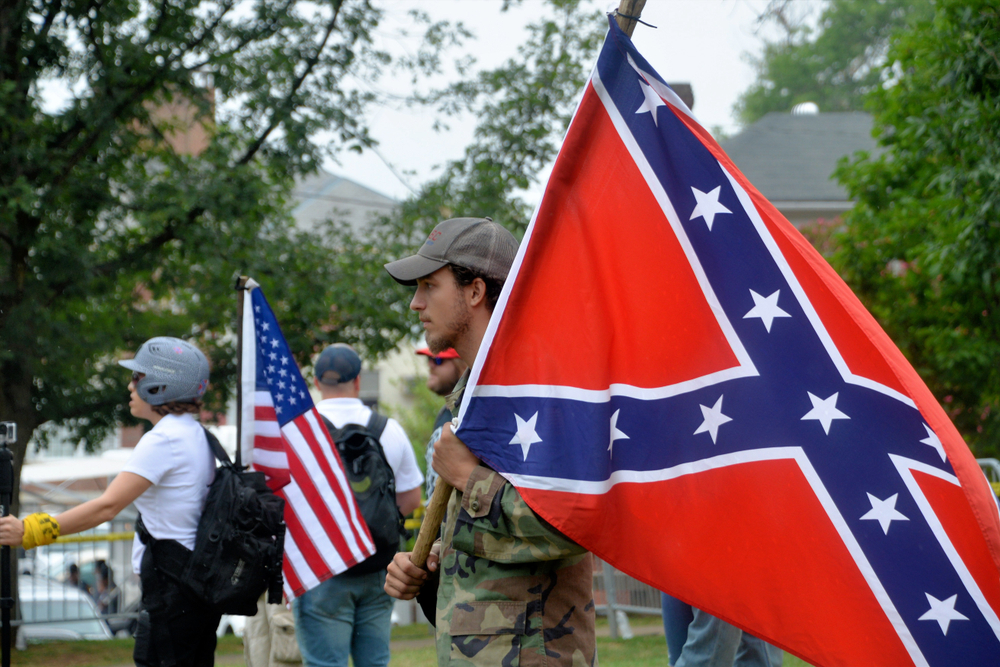 The group pages include ones for the rabidly anti-LGBTQ groups Alliance Defending Freedom (with 1.7 million followers) and the Family Research Council (with 254,000 followers) as well as lesser-known white supremacist groups like the innocuous sounding Federation for American Immigration Reform (with 2 million followers).

These and others have all been designated as hate groups by the Southern Poverty Law Center.

One Facebook page entitled “World War 2 Uncensored” denies the Holocaust never happened. Other pages entitled “The Aryan race & Hyperborea & White Brotherhood” and “Stop White Genocide” discourage “racial mixing” and show images of black slaves being subservient to their white overseers, to the apparent delight and engagement of their followers.\

Many of these racist groups are by extension anti-LGBTQ, even if they don’t explicitly state it.

While a Facebook spokesperson told The Daily Dot of its policies against and review processes for pages spouting hate speech, the company’s official employee training on detecting hate speech “allow[s] users to to call for the creation of white ethno-states” which outlaw the existence of non-white people.

Related: Brian Sims banned from Facebook for sharing an anti-gay slur directed at him

Facebook says it “continues to work with academics and other subject matter experts to identify hate speech.” But there are a few reasons hate continues to proliferate on the world’s largest social network.

For one, Facebook’s algorithm suggests people with common interests to follow “related pages,” “suggested groups,” or “pages liked by this page,” making it easy for white supremacists to find and radicalize one another, The Daily Dot says.

Second, Facebook just has a lot of haters. The Daily Dot reports:

In the first three quarters of 2018, Facebook acted on 2.5 million, 2.5 million, and 2.9 million instances of hate speech, respectively. Given the 1.5 billion active daily users, it logically correlates that this represents only a small fraction of a percentage of all content. But it’s still a massive amount.

Third, it’s easy to skirt Facebook’s rules. Rule breakers can violate community standards several times over before they’re banned. And even after that, they can sometimes sneak back onto the social network, just like Alex Jones of the far-right conspiracy theory show Infowars did before being banned again.

Lastly, and perhaps most cynically of all, The Daily Dot suggests that Facebook might allow these hate groups to thrive because their massive followings generate tons of page views, providing Facebook additional revenue for ads while pretending to be “politically impartial” (our wording, not theirs).

The proliferation of hate speech on Facebook, combined with the company’s disregard for user privacy, recently lead the British Parliament to issue a “scathing” report demanding the social network face additional regulation and oversight.

Meanwhile, the American racial justice organization Color of Change has long clamored for Facebook to be held accountable for enabling racism.