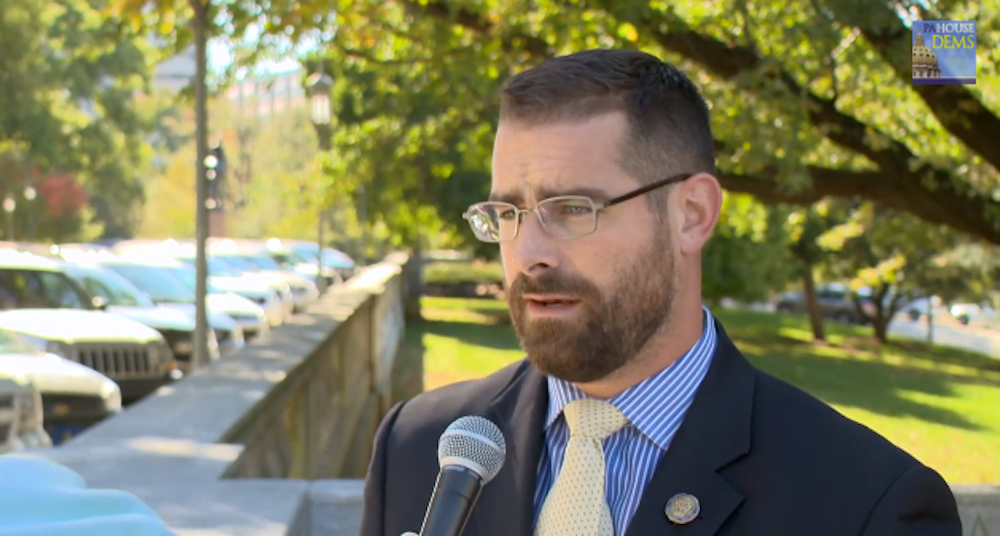 Gay Pennsylvania State Representative Brian Sims was recently banned from Facebook (and subsequently reinstated) for sharing a post with an anti-gay slur that was directed at him. While posting homophobic messages does go against the social network’s community standards, its rules allow people to post slurs when quoting others or ascribing such terms to themselves (i.e. “I’m such a hot f*ggot”).

Sims’ original post was from an alleged Baltimore resident named Jill Freb who sent him a message stating, “You get out f*ggot.” Sims shared the message and asked people to report her, but the cowardly user quickly changed her screen name and photo to avoid any consequences.

Sims suffered consequences instead as Facebook banned both his public and private accounts for 24 hours for reposting her slur. After sharing news of his banning on Twitter and alerting Facebook, his account was restored 15 hours later.

Related: Brian Sims just put this homophobe on mega blast, says “This isn’t going to go well for you”

Nevertheless, Sims is still criticizing Facebook for its handling of his and other hate speech directed against marginalized users:

“Taking no action against those kind of statements is wrong. Taking actions like this, where you’re just patently wrong from the get-go, is also wrong. But all of it is an indication that they’re either not taking this seriously, or they’re not doing it competently….

Every single day, I work with women and people of color whose professions, whose expertise, whose talent is making these kinds of decisions, and it doesn’t sound like Facebook is working with them…. The kind of thing that happened to me happens to women, to people of color, immigrants all the time.”

Metro Weekly reports, “[Sims] adds that part of the reason the story has even received press is because Sims enjoys a fair amount of privilege due to his race, gender, position of power and a network of Facebook followers who helped him get in contact with Facebook to quickly resolve the situation.”

“We allow people to share messages they receive even hateful ones. Removing this post was a mistake in misunderstanding that it was discussing a message Representative Sims had himself experienced. The post does not violate our Community Standards and has been restored and Representative Sims is no longer in a feature block.”