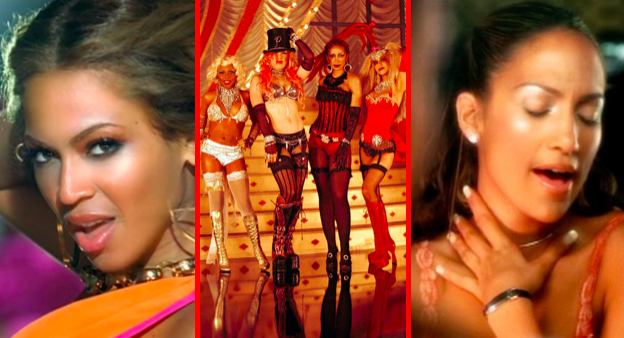 Music makes the people come together…

If you jammed out to any of these 28 girl power anthems as a kid, then you’re definitely gay today…

Can’t Get You Out Of My Head (Kylie Minogue)

You couldn’t get this song out of your head because it was 2001 and you were gay.

Here With Me (Dido)

It was dark and moody but also sensitive and self-reflective. Just like you. Because you’re gay.

Gotta tell you… if you listened to this song as a kid, you’re definitely gay today.

How Many Licks (Lil’ Kim)

She was the person you aspired to be: an unapologetic sexual deviant who refused to be slut shamed for getting her freak on whenever, where ever, and with whomever she wanted.

You identified with this song because you, too, were like a bird who only wanted to fly away. And be gay.

The ultimate gay club banger. If only you had been old enough to get into the gay clubs when it was first released. Sigh.

Look At Me (Geri Halliwell)

Geri’s first single after going rogue from the Spice Girls. You identified with the song not because it was incredible (it wasn’t), but because of her renegade status at the time.

“I’m not gonna give up, I’m not gonna stop, I’m gonna work harder, I’m a survivor.” Words that spoke to you during your formative years and beyond.

Remember Poe? She was edgy. She was angsty. And she was tough. Just like you. Because you’re gay.

When Christian Milian told you to “pop pop pop that thing”, you listened.

(Fun fact: Milian may actually be the original inventor of Laganja’s signature death drop. See the :58 mark in the video above.)

Pieces of Me (Ashlee Simpson)

You rooted for Jessica’s little sister not because of her incredible vocals or ability to crank out hit after hit, but because she was an underdog.

You listened to this song on repeat after hearing in the movie Romeo + Juliet, which, because liked that movie, also means you’re gay.

Fact: The only people who paid attention to Kelly Clarkson post-American Idol but pre-Breakway were homosexuals.

While Jewel’s foray into pop music was short-lived and not very convincing, but you still appreciated her for trying.

While we’re on the subject of failed attempts at career crossovers, the Top Model’s brief stint as a pop artist didn’t go unnoticed by you.

There was always something mildly off-putting about Fergie, but she somehow managed to capture the gay imagination briefly–very briefly–with this song and its accompanying video.

Just A Little While (Janet Jackson)

While everyone else was shitting on Miss Jackson over Nipplegate, you were jamming out to the lead single off her (shamefully!) under-appreciated album Damita Jo.

It would be criminal to create a list like this and not include Beyoncé’s breakout solo single.

Nothing In This World (Paris Hilton)

Khia’s ode to the rim job may have shocked straight listeners, but you totally got it.

This was a not-so-subtle nod from Mary to her queer fanbase. It’s right there in the title. And so you nodded back.

Breathe on Me (Britney Spears)

While everyone else was rocking out to Toxic, you knew this was the real gem on Britney’s album.

When You Believe (Whitney Houston and Mariah Carey)

Neither of the divas’ most memorable work, but that didn’t matter because they were singing together.

What You Waiting For? (Gwen Stefani)

The No Doubt frontwoman may or may not have been on your radar prior to going solo, but she definitely got your attention with this breakout bop.

P!nk’s original ode to the outcast. (She’s since released many others to varying degrees of success.) You related to it because you, too, were an outcast.

If this was your first formal introduction to the musical icon then you are definitely 100% gay today.