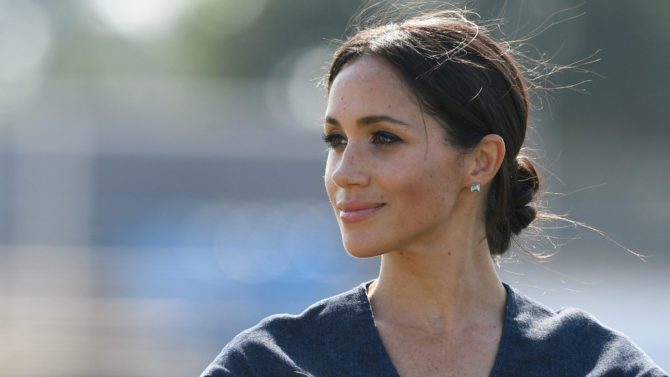 Prince Philip is dead. RIP. The guy was 99 and in poor health, but somehow people are already blaming Meghan Markle for his passing.

This morning, “Fox & Friends” host Brian Kilmeade said Markle’s recent sit down with Oprah Winfrey caused the nearly century-old prince, who was in the hospital at the time it aired, so much stress that he died.

“There are reports that he was enraged after the interview and the fallout from the interview with Oprah Winfrey,” Kilmeade said. “So, here he is trying to recover and then he gets hit with that.”

But it’s not just Kilmeade who thinks Markle is to blame for all this. There are actually people on Twitter who agree…

Fuck Meghan Markle man… Imagine how the Queen feels having to deal with that whilst dealing with the death of her husband. Awful.

I hope Meghan and Harry feel guilty for the stress that they have put the Royal family through over the last few months. Utterly disrespectful and even more so as clearly as we now know about Philips rapidly declining health and subsequent passing. #ripprincephilip

Stupid #MeghanMarkle she must be so freaking happy… and she just pulled Prince Harry away of his family in this awful time.. #PrincePhilip

In reality, Meghan had absolutely nothing to do with it. She’s currently gestating a baby in California. The prince’s health had been failing for quite a while. He spent 28 days in the hospital earlier this year after having heart surgery.

According to a statement from the royal family, he “passed away peacefully” at the palace earlier this morning.

Now, here’s what normal, sane, and rational people are saying about the whole thing…

Meghan Markle seems to be responsible for everything these days. What’s next? Rain in London?

how dare Harry and Meghan kill a perfectly healthy man who was only 99 years oldhttps://t.co/e5YYDV1Xq4

A reminder that Brian Kilmeade is a racist POS. What nerve blaming Meghan Markle, who is a woman of color, for the death of #PrincePhilip.

Meghan Markle this morning knowing she has to go back for a funeral now… pic.twitter.com/BRyEYRelLa

Is @FoxNews seriously suggesting Meghan Markle is responsible for the death of a 257-yr-old man?

Actual photo of Piers Morgan tying himself in knots trying to work out how he can blame Meghan Markle for the death of #PrincePhilip pic.twitter.com/LlamSNy55g

Meghan Markle is NOT responsible for Prince Phillip's death, but I still like her anyways.

Happy Friday to everyone except Brian Kilmeade because hoo boy that is one seriously racist asshole blaming the death of decrepit Prince Philip on Meghan Markle.