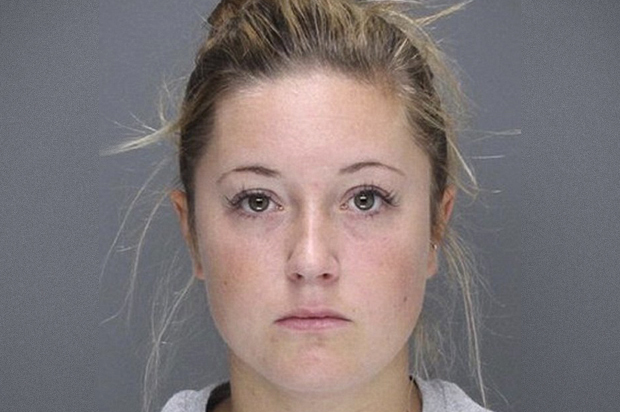 After a lengthy court battle, convicted gay basher Kathryn Knott and her homophobic friends have finally settled a civil suit filed against them by the gay couple they brutally attacked three years ago.

Victims Andrew Haught and Zachary Hesse were seeking more than $500,000 from a total of 10 counts of assault and battery against Knott and her two cohorts Kevin Harrigan and Philip Williams, the Philly Voice reports.

In case you need a recap: The couple was physically and verbally assaulted by Knott, Harrigan, and Williams in September 2014. Haught was beaten so badly that he was knocked unconscious and suffered a broken jaw. In addition to their physical injuries, the two men say they sustained psychological injury, emotional distress, mental anguish, humiliation, and embarrassment.

After the attack, Harrigan and Williams both accepted plea deals and were sentenced to probation and community service at a local LBGTQ center. Knott chose to stand trial, where she was found guilty of simple assault, conspiracy to commit simple assault, and two counts of reckless endangerment. She served five months at the Riverside Correctional Facility followed by two years’ probation and had to pay a $2,000 fine.

Haught and Hesse’s $500,000 civil suit was originally filed back in May 2016. This week, it was settled for an undisclosed amount, just three weeks before the trial was set to begin.

But don’t think that because her prison sentence is over and a settlement has been reached that Knott’s legal troubles are anywhere close to being over.

She and her father, Karl, who serves as captain of the Central Bucks Regional Police Department, are named in a federal retaliation suit filed by a woman who says they conspired against her for mocking Knott on several online comment boards during her trial. The woman claims they used department resources to illegally track down her IP address and then threatened criminal charges for exercising her first amendment rights.