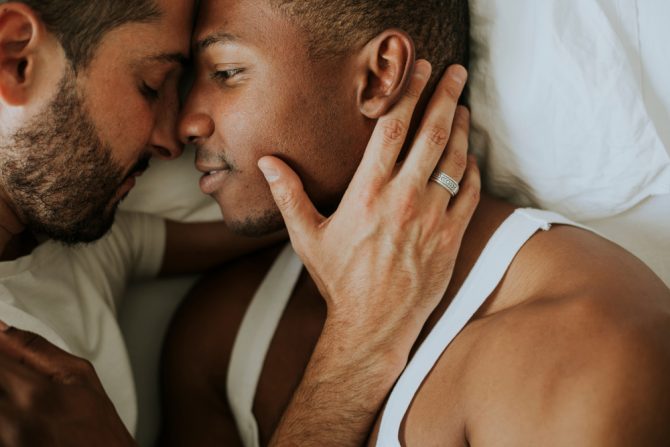 A controversial Reddit thread poses an interesting and hotly contested question: Are gay men who flirt with and/or try to seduce straight guys creeps?

He continues: “Yeah, it sucks that 90% of men you see are straight and have zero interest in the male body. But that doesn’t give you the right to be creepy and ‘nice guyish’ to them.”

“All this does is give gays a bad name and makes us all look like creeps.”

Related: He only sleeps with straight dudes and here’s why

Naturally, the post sparked an avalanche of varying responses.

“It’s creepy to try to convince/convert someone who isn’t interested in you and stated not being interested,” one commenter replies.

“It’s a form of sexual harassment and no on deserves to feel unsafe,” another adds.

“I see no harm in having the crush,” someone else remarks. “But it’s when it crosses the line from a crush to stalkerish behavior that it becomes a problem. And trying to push the boundaries of anyone else’s sexual orientation is manipulative and, yeah, creepy.”

Not everyone agrees, however.

“I don’t see any problems,” one commenter writes.

“I don’t try to ‘convert’ anyone,” another adds, “but if they come onto me and are clearly flirting and dropping hints, I won’t say no to an encounter.”

“Shut up, scamming on straight guys is our divine right,” a third person jokes.

And then there are those who don’t think it’s quite such a black-and-white issue.

“I’m really bored of these posts who expect all people to be binary/100% straight or gay,” one person writes. “Yeah, most people effectively are, but lots and lots are not.”

“Being on the receiving end of an unwanted seduction attempt can be awkward, but it’s not some kind of traumatic ordeal,” another says. “And whether the unwanted attention comes from a man or woman shouldn’t really make any difference.”

Then there’s this comment, which we think is a pretty good rule of thumb: “In my opinion, it is perfectly acceptable to flirt with him. Then if he says he’s not interested, move on.”

What do you think? Is it creepy when gay guys try to seduce straight guys? Share your opinions in the comment section below…