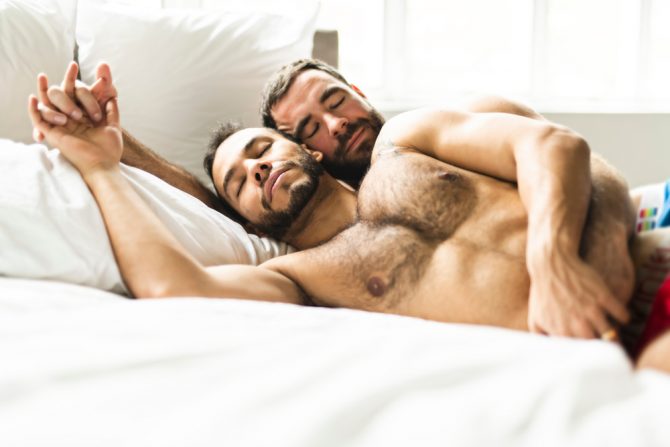 In an anonymously-penned essay for The Guardian’s weekly column “My Life in Sex”, a gay explains why he’s only interested in having sex with his husband… and straight dudes.

“There have always been men who have sex with other men, but don’t consider themselves gay or even bisexual,” the man writes. “I should know; I’ve been sleeping with them since my schooldays.”

Obviously, this is nothing new. There have been countless books, studies, and academic articles written in recent years about straight-identifying men who hookup with guys but don’t consider themselves gay.

The man, who is in an open marriage, says he prefers sleeping with straight guys because “they don’t want romance.”

“With gay men there’s always the possibility that they could get the wrong end of the stick and want something more.”

The man goes on to say that, as a married fella, he’s “not interested in falling in love.” Now, thanks to dating apps and the internet, the “discreet, anonymous encounters” he craves are “incredibly easy.”

“There is little, or nothing, in the way of guilt,” he continues. “I’ve even encountered straight men who have male-on-male playdates with their wives’ blessing.”

“I was initially skeptical, but this arrangement seems to work for everyone,” he adds. “The wife knows she has no competition from another woman; the husband knows he does not want a life with another man. It’s the definition of ‘no strings attached’.”

Of course, every now and then he’ll meet up with a guy who ends up catching feelings, and that’s always a buzzkill.

“One very tall police officer got a bit carried away, swore undying love and wanted to leave his marriage,” he recalls.

“I learned the hard way not to let things get out of hand. Now I make it clear that I’m only interested in a couple of hours of fun, before sending them back to their wives and girlfriends.”