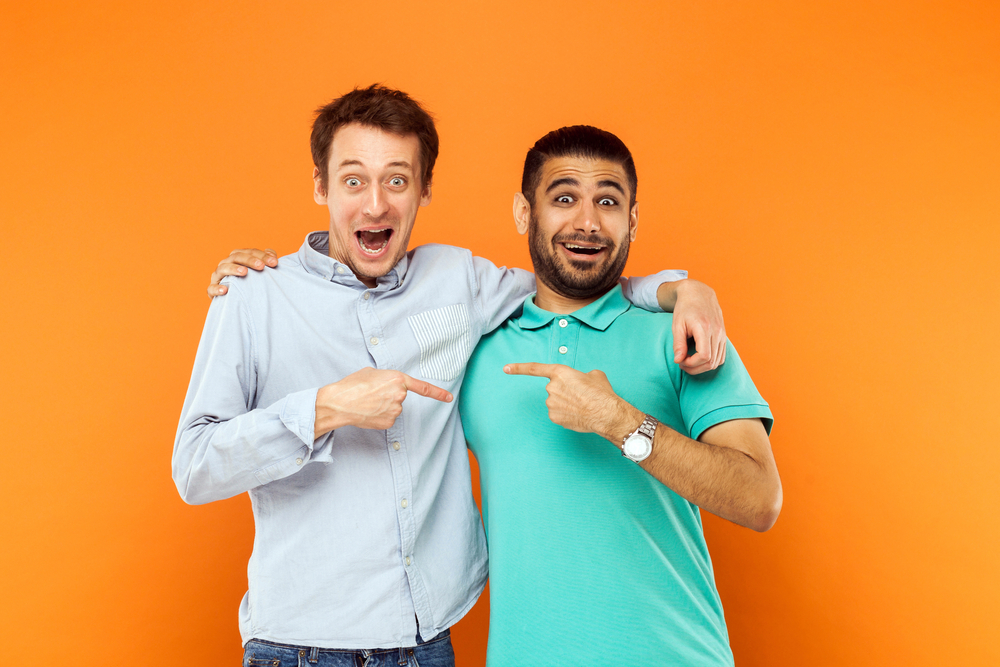 “According to these responders,” Mustain wrote, “touching a c*ck isn’t gay; lips touching lips is gay; and for that matter, heart touching heart is really gay.”

He continues, “It can be frustrating, seeing straight men debate the infinitesimal difference between touching your own c*ck and someone else’s, hearing each one hand-wring about ‘how far he’ll go,’ and whether double penetration or using a Fleshlight on a friend is gay.”

In his article, Mustain references the 2015 book by sociologist Jane Ward, Not Gay: Sex Between Straight White Men, in which Ward says that straight white men who have sexual encounters with other men often employ “props, costumes and dialogue” that seemingly uphold their heterosexuality rather than threaten it.

Mustain concludes, “What I have found on BateWorld is that these lines between ‘just fucking around’ and ‘kinda gay’ and ‘OK, that’s really gay’ are indeed superficial and imaginary.” He says they’re also based upon a heterocentrist world where “straight” is seen as the default.

Related: Author of “dude sex” study talks about straight men hooking up with straight men and much, much more

Mustain isn’t the first person to delve into this topic.

In 2016, a University of Oregon sociology doctoral student interviewed 19 men who used the M4M casual encounters section of Craigslist about their sexual habits and identities. He found they used terms like “dude sex,” “heteroflexible,” “bud-sex,” “helpin’ a buddy out” and relieving “urges” to frame their desire.

He also found that these men often sought out “straight-identifying” and married men, rejecting effeminate or “flaming” men to avoid any romantic or emotional entanglements that might complicate their daily lives.

In 2017, Ritch C. Savin-Williams, a professor emeritus of development psychology at Cornell University, described a rising group of “mostly straight” men who feel more comfortable with their same-sex attraction. Nevertheless even these men refuse the “bisexual” label as “too gay” for their predominantly heterosexual orientations.

It’s important to remember that a guy can have a same-sex experience without having to identify as gay or bi, just as many gay men have had experiences with women without identifying as straight. Rather, our preoccupation with solid sexual identities might entirely result from societal heterocentrism and homophobia rather than an inherent need to identify as one way or another.