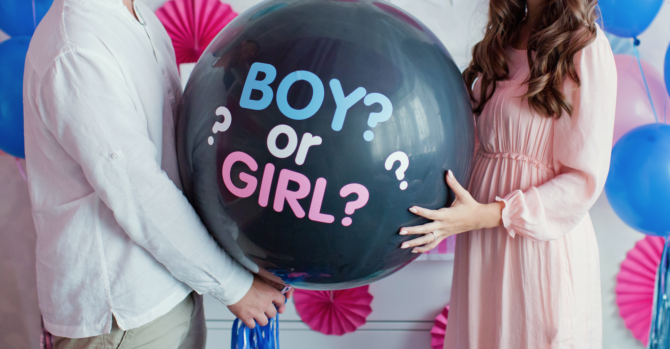 A planned gender reveal party has claimed another life, this time of the father-to-be.

Christopher Pekny, 28, was expecting the birth of his first child when he and his younger brother, Michael, began planning a gender reveal party.

The two men from Liberty, N.Y. decided to rig a small device to emit an either blue or pink blast during the big reveal moment of a gathering for family and friends later that night.

Related: A woman has died from a ‘gender reveal party’ explosion. Let that sink in.

“It has been two nights in a row of not being able to sleep, waiting, hoping to hear that this is all some crazy misunderstanding,” Michael told The Washington Post. “But we all know that’s not the reality here.”

Tragic accidents have unfortunately become increasingly common at gender reveal parties, as couples try to up the ante on stunts to announce whether their unborn baby is male or female. And while the prospect of death and destruction is a pretty good argument for stopping the practice, many queer critics argue the very notion of the trend, which dates to a 2008 parenting blog post by Jenna Karvunidis, is sorely outdated as sex and gender are not the same thing.

Karvunidis herself, who popularized gender reveal parties after her blog post about her own went viral, is among those pleading with parents-to-be to stop.

After a gender reveal party explosion caused a massive fire to spread in California over Labor Day weekend last year, she said:

“Stop having these stupid parties. For the love of God, stop burning things down to tell everyone about your kid’s penis. No one cares but you.”

Karvunidis also gave this 10-year update on her child, who received the “original gender reveal party”:

“Plot twist!” she wrote in a Facebook post that went viral. “The baby from the original gender reveal party is a girl who wears suits. She says ‘she’ and ‘her’ and all of that, but you know she really goes outside gender norms.”

“She’s telling me ‘Mom, there are many genders. Mom, there’s many different sexualities and all different types,’ and I take her lead on that,” she wrote.