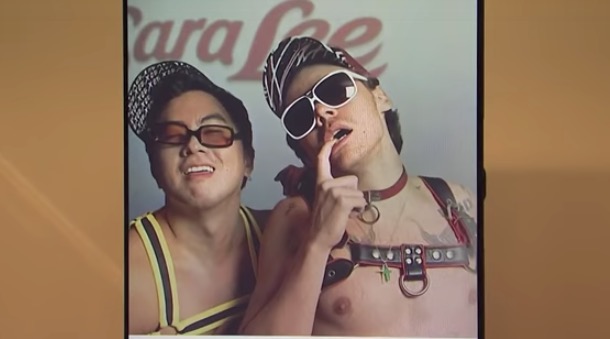 Harry Styles pulled double hosting duties on Saturday Night Live over the weekend, acting as host and musical guest. One sketch was notably kinkier than the rest of the bunch: In it, Styles plays a gay, highly sex-focused social media manager for Sara Lee Bread called in to discuss his off-brand Instagram posts from the corporate account.

His bosses, played by Cecily Strong and Bowen Yang (who also co-wrote the sketch with Julio Torres), go through various comments he’s made, like writing “Wreck me daddy” and “Destroy me king” on a photo of Nick Jonas.

Yang later reported that the brand removed the comments, thus eliminating the possibility of Sara Lee becoming “THE bread for f*gs”:

Sara Lee disabling and deleting IG comments wow they really could have been THE bread for f*gs. ?

Sara Lee’s parent company, Bimbo Bakeries USA, told the New York Post: “We didn’t participate in creating the skit and its content doesn’t align with Sara Lee Bread’s brand. But, we all know SNL pushes the envelope for laughs and we are taking it in stride.”