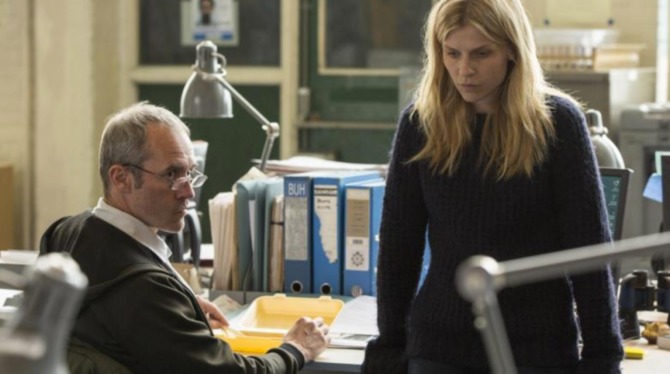 As we queer folk know all too well, movies and television have a long and nasty history of presenting LGBTQ characters as pathetic lowlifes, or worse, psychopathic killers and helpless victims whose lives inevitable end badly. From Rebecca to Crusing, from Rope to The Fan, Hollywood has had little compunction presenting gay people on screen, so long as they acted the part of blood thirsty murderer or victim of blood thirsty murder, and got done in the end (pun intended).

Of course, things really did get better. Heck, sometimes nowadays, we queers even get to play the hero (The Girl with the Dragon Tattoo, Star Trek: Discovery). But does that mean we should be able to play the villain too?

Case in point: the slick Sky Atlantic police procedural The Tunnel. Set in France and the UK, the series follows a joint force cop team, led by the British Karl Roebuck (Stephen Dillane) and the French Elise Wasserman (Clemence Poesy), as they track a mafia syndicate. Along the way in the second season, Elise has a steamy affair with a female informant. 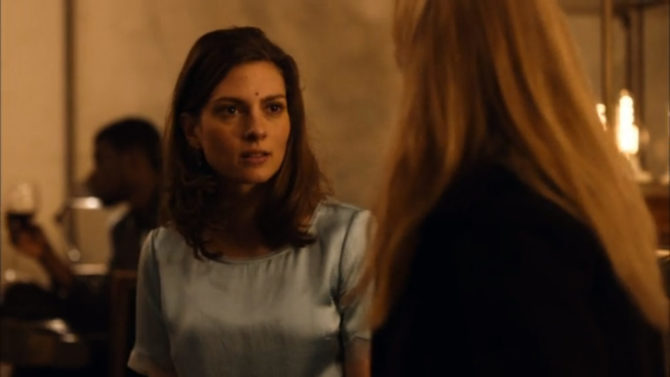 Now here’s where things get messy. Normally, having a gay/bi heroine would have us celebrating, but The Tunnel makes things complicated by introducing Koba, psycho killer chemist, drug dealer and human trafficker. In one of his earliest scenes, Koba injects a handsome young male junkie/hustler with his favorite combo of meth-like drugs, then proceeds to perform oral sex on his victim while he’s slumped in his chair. For those keeping track, that also makes Koba a rapist, just another in his vast collections of  crimes. (Apparently, he only keeps the kid alive because he is attracted to him.) Throughout the show, Koba likes to remind the audience that he’s gay, that he loves torture, and that he gets off on watching his victims die horrible deaths, always with a lascivious grin while wielding a syringe that eerily brings to mind reports of gay male “chemsex” parties.

So here’s the real question: When balanced out with a queer heroine, are we, the queer community, ready to accept a queer villain? 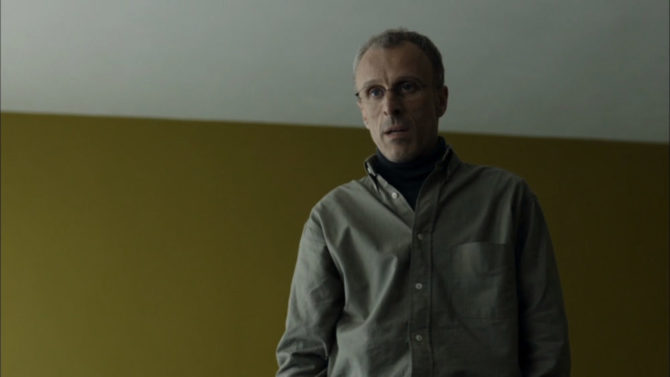 Theoretically yes. That said, the evil here portrayed as a gay man is not counterbalanced by a heroic lesbian, and although there certainly are murderous gay people on earth, we still need more Alan Turings and less Michael Aligs to correct Hollywood’s history of negative portrayals.

Which brings us back to The Tunnel. If audiences need to accept queer heroes and villains alike, is this particular character, Koba, offensive? 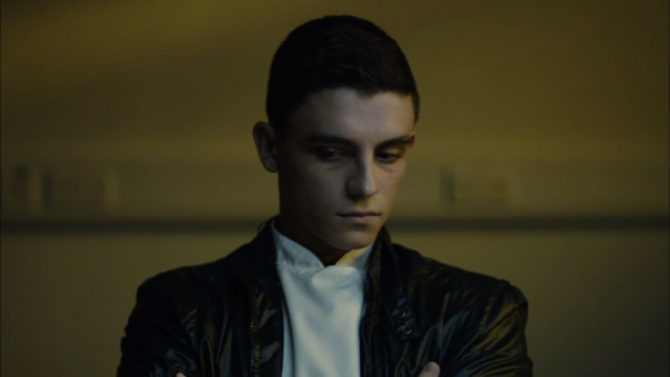 Actually, yes, he is, though not just by making him homosexual. See, audiences love to hate villains, and the best baddies always have an element of fun to them. The Joker, Hannibal Lecter, Magneto—are somewhat outrageous in their over-the-top evil perversity. These textures of character endear a villain to an audience, making them enjoyable to watch, though the other characters in their stories may feel differently. 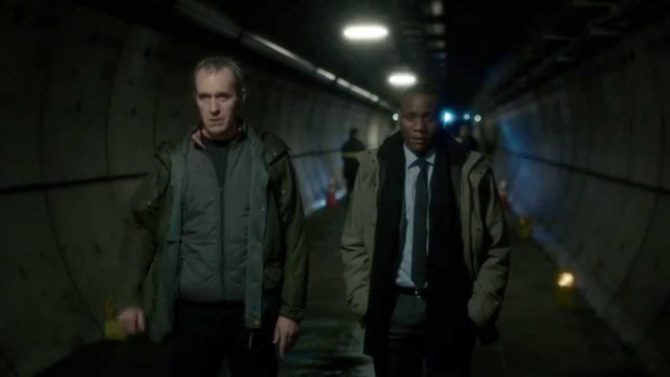 The Tunnel’s Koba lacks the charisma of those killers. Rather, he seems designed to disgust and offend the audience on every level, making the connection to his sexual orientation even more glaring. Audiences will only feel revulsion while watching him. To that end, the character’s sexuality seems written to exaggerate the gross-out factor. That he rapes one male victim only amplifies that impression. In short, Koba offends precisely because the writers designed him that way—to push every button, to trip every trap and fail every decency test in the human psyche. That his homosexuality would play into that notion of disgusting in every way doesn’t constitute progress so much as it does a backsliding into nasty stereotypes we, as queer people, have worked so hard to dispel.

Adding a queer heroine like Elise on a series like The Tunnel does mark good progress for LGBT characters in TV in film. Koba, however, revives an age-old homophobic trope—that of a character fashioned to disgust and offend, tapping into latent homophobia present in the psyche of viewers. One day we may yet get a villain as awesome and iconic as The Joker or Magneto, who just happens to be queer and who may even do battle with a beloved queer hero.

In the case of The Tunnel, though, one step forward with a queer heroine gets undone by two steps back with a homophobic archetype villain.

The Tunnel airs on Sky Atlantic in the UK and PBS in the US. It is also available as streaming content with PBS Masterpiece.