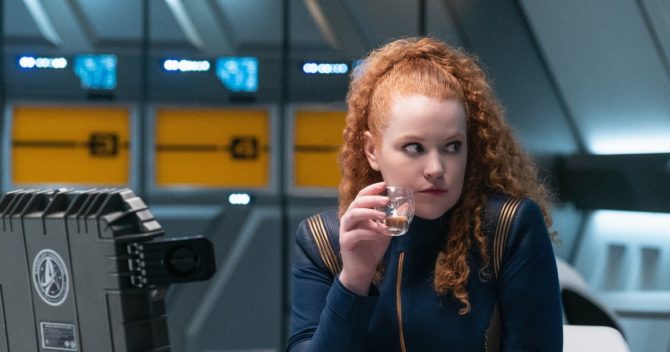 Wiseman, who plays fan-favorite Ensign Tilly on the series, made the admission in a new interview with StarTrek.com. In the conversation, writer Dawn Ennis asked Wiseman about a Zoom interview in December which was stymied by technical difficulties. At one point, Wiseman appeared to say “I’m not straight” just as the audio cut out.

Ennis asked Wiseman, 35, for clarification in the new interview, and Wiseman was ready to set the record straight…or not straight, in her case.

“I did say this! It’s not a big deal at all,” Wiseman confirmed. “I just didn’t want to say I’m straight when I’m not! Before Noah [Averbach-Katz, Wiseman’s husband and co-star], I dated and loved people of all genders. I never liked it when straight-presenting women dominated conversations about bisexuality/pansexuality when I was with women, so I try not to do it now, but I also don’t want it to feel like I’m hiding anything because I’m queer and proud!”

Subscribe to Queerty for a daily dose of #entertainment #closetdoorbustdown #startrek:discovery stories and more