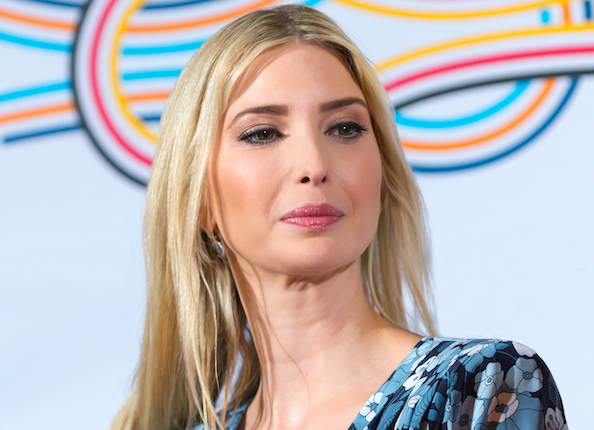 More specifically, everyone’s talking about what Ivanka Trump is going to do next month, after her family is evicted from the White House and she is thrust back into civilian life as persona non grata.

The Washington Post just published a gossipy deep dive into what people with inside knowledge are saying.

Marissa Velez Kraxberger is the former creative director at Ivanka’s failed discount fashion line. She tells the Post, “I am happy to shed light on [the Trump family] to keep them as far away from our political realm as possible,” adding that Ivanka is “identical” to her father.

Asked about what it was like working with her for two years, Kraxberger doesn’t hold back. She says Ivanka was never very interested in the work they were doing, and that she was only interested in controlling people.

“I don’t think she’s actually ever had any interest in fashion,” Kraxberger recalls, “but everything was an angle to gain more power in whatever possible way.”

An unnamed Trump campaign official agrees, adding, “I think from a personality profile, she’s just like her dad and has a high opinion of herself and they tend to be ambitious, regardless of what they do.”

Of course, there’s nothing wrong with being ambitious. Except when it allegedly involves, ya know, lying, cheating, hurting people, stealing, gaslighting, breaking the law, etc., etc., etc.

A lot has been written in recent weeks about Ivanka’s future career plans. There are rumors she’s mulling a career in reality television. There are also rumors she might pursue something in politics.

While Ivanka herself has remained tight-lipped about a possible run for office, her name is already being floated as a possible 2024 presidential contender and pollsters have reportedly begun including her name in surveys for hypothetical GOP primary pools.

“I think she’d want to be the [first] female president,” Kraxberger says.

“Everyone is saying that she’s running for office, and that’s the ultimate compliment for her,” another unnamed source adds, noting that her recent hardline, anti-feminist stance against abortion was her attempt at “laying the groundwork.”

But Michael Cohen, Trump’s former personal attorney, says he doesn’t think it’ll ever happen. He tells the Post that Ivanka has waaaaay too much dirty laundry that she doesn’t want aired in public.

“There’s too much potential dirt that she doesn’t want released,” he says, adding, “It’s easy to say, ‘I‘m doing this, I’m doing that,’ but it’s different to put your entire life out there for the media to excoriate you.”

Then again, when has that stopped anyone in her family before?