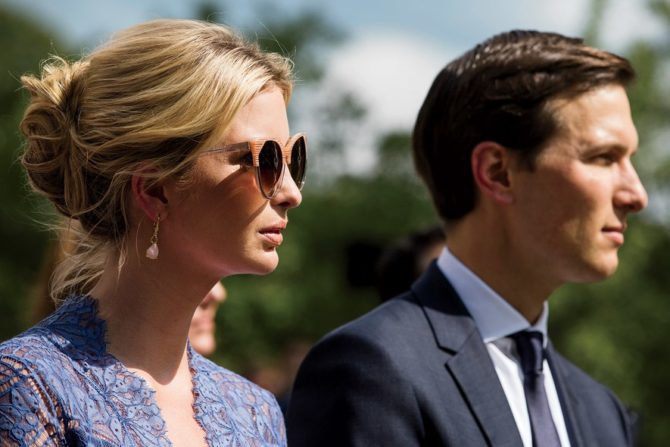 Better get your teacups out because it’s almost tea time!

Michael Cohen made a very bold declaration yesterday on Twitter when he said he believes Jared Kushner has already flipped on his father-in-law and may be secretly working with investigators.

“Interesting how Jared Kushner (#SecretaryOfEverything) name appears to be absent from all the controversy, indictments and arrests,” he tweeted. “Is he next to fall or a cooperating witness? Knowing what a snake he is, I bet the latter!”

Cohen’s tweet was referencing a 2017 report by CNN in which Kushner was declared the “secretary of everything” since Trump basically handed everything off to him.

Interesting how @jaredkushner (#SecretaryOfEverything) name appears to be absent from all the controversy, indictments and arrests. Is he next to fall or a cooperating witness? Knowing what a snake he is, I bet the latter! @cnn @msnbc @abc @cbs @FoxNews https://t.co/UOMh5YNKHd

Of course, this is all just speculation coming from the Twitter page of one of Trump’s biggest enemies. But at the same time, it doesn’t seem completely outside the realm of possibility.

Last month, multiple media outlets reported that Ivanka Trump has been “distancing” herself from her father and scaling back on family visits. Meanwhile, Jared has become an “increasingly rare” presence in his life.

Cohen’s prediction also jives with claims made by Mary Trump, who told Rachel Maddow earlier this month that she fully expects Ivanka to flip on her dad eventually.

LOL Mary Trump who knows the full cast, says it is more likely the Trump kids will flip on Trump than Weisselberg.. https://t.co/BEDsDX5RyV

In a followup interview with Molly Jong-Fast on the podcast The New Abnormal, Mary said she thinks Ivanka has too much to lose by staying loyal to her father.

“I think Ivanka has, one, more to lose and, two, more to hang onto,” she opined. “Her husband’s family is legitimately very wealthy.”

Michael Cohen has not been wrong yet. And I agree, there is a good chance Jared has already flipped. https://t.co/f2QxRr2MvF

Jarvanka will throw EVERYONE under the bus to save themselves. Bet on it.

Whether Michael Cohen is correct about Jared Kushner flipping on Donald, just having that out there will make things deliciously uncomfortable for Princess Ivanka.

And I'll always show up for that. pic.twitter.com/HVdxqDsnk9

So who turns on who first, Trump or Kushner?

There is zero loyalty in the mafia — Trump Crime Family is mob. Jared Kushner flipping on Trump is certainly not out of the realm of possibility. Michael Cohen thinks he has — Michael Cohen has been right all along.

He’s too scared to do time. He will sing like a canary.

If anyone wants to avoid as much prison time as possible, it’s Jared and Ivanka. pic.twitter.com/U5clSPf1Qp