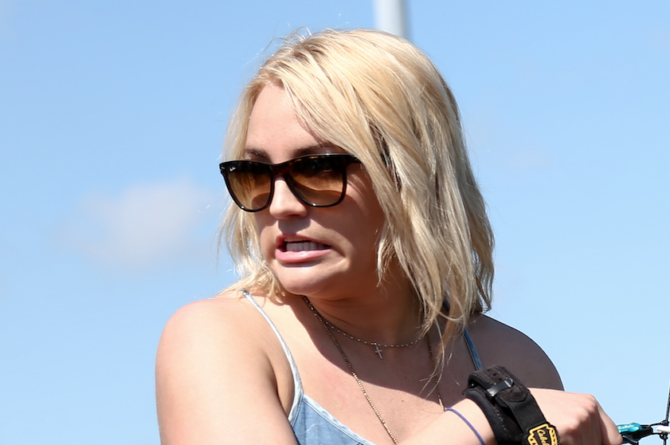 Jamie Lynn Spears has been making headlines this week for her new book in which she discusses family drama, and for the fallout with her older sister, Britney, that ensued.

But as the internet has observed, Jamie Lynn’s biggest problem exactly one year ago was everyone thinking she’d killed at least two cats with her Tesla. Guess that didn’t make into Things I Should Have Said.

In a series of since-removed videos on her 2021 Instagram highlight reel, the Zoey 101 star shared a troubling story and blamed Elon Musk for his ‘cat-killing’ cars.

“I know that there are much bigger things to worry about in the world right now, but someone’s got to let Elon Musk know that the Tesla is a secret cat-killer and it’s a problem that we really gotta fix,” Spears said. “We have now lost I don’t even want to tell you how many cats because they don’t hear the Tesla crank and unfortunate things happen and it’s really devastating and tragic for everyone involved.” She went on to propose the electric car company could install a noise-making device that is only audible to animals — “that way they know something is happening and they aren’t caught off guard and things don’t end in a very tragic way.”

“Elon Musk, let’s figure this out. You owe me a couple of cats.”

Jamie Lynn Spears took to Instagram to call out Elon Musk for the death of her cats:

“We have now lost — I don’t want to tell you how many cats — because they don’t hear the Tesla crank and unfortunate things happen and it’s really devastating and tragic for everyone involved,” pic.twitter.com/uZL1qbI407

Included in the highlight reel was another since-removed video of Spears’ two-year-old daughter saying their cat Turkey “went to Jesus,” with a caption that read “R.I.P. Turkey” and tags to Tesla and Elon Musk.

After the video started circulating, Spears put out another statement which raises nearly as many questions as her initial story.

“1.) I did not run over any cats,” she wrote. “2.) TESLA is not to be blamed, and was never intended to be 3.) user error is admittedly involved. 4.) we always check for animals before moving a vehicle. 5.) I was only making a suggestion about something I think would be extremely helpful, and the geniuses at @teslamotors are the best to go.”

So cats were killed…but Jamie Lynn wasn’t the driver…but user error is involved…but they always check for animals before moving a vehicle?

Here’s how Twitter reacted, kicking off with a bit of advise from PETA:

There’s a simple solution – keep your cats indoors where they are safe, @jamielynnspears. If your Tesla doesn’t kill them, it could be a dog, or a cruel person, plus you’ll be helping wildlife by keeping cats inside too.

Excuse me, what? How does this happen more than 1 time? Telsa’s still have car horns… Did you stop checking for them? My god…

how about checking behind your car before driving??? or keeping your cats indoors???

ITS NOT THE CARS FAULT YOU ARE THE ONE DRIVING IT

is she complaining about having a quiet tesla?

As of this week, Jamie Lynn cancelled her planned book tour, saying she didn’t write Things I Should Have Said for the money. We’re sure that cease and desist letter Britney sent had nothing to do with it.