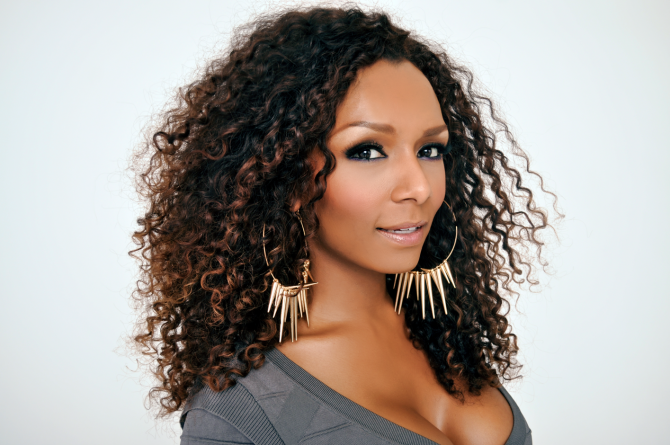 Janet Mock might just be the closest thing someone can be to a bulldozer while still being human.

The much-lauded transgender rights activist, journalist, podcaster, cable pundit and newscaster became the first ever transgender woman of color to write and direct an episode for television with the first season of Pose, a show she executive produced despite no prior work behind the camera. Now she’s added another plume to her hat. Last month, Mock became the first transgender producer ever nominated for the Best Dramatic series Emmy. She also just inked a lucrative deal with Netflix to create, produce, write and direct a new series and feature films.

Mock brings her latest directorial outing to the world August 20, when she helms the Season 2 finale of Pose on FX. We managed to snag a few minutes from Mock’s very busy schedule to chat about the show, her rich life and her groundbreaking work.

So congratulations on your Emmy nomination. You’ve had such a varied career, how do you feel going into the finale?

I’m so proud of this finale. As someone who supervised production this season from day one of Season 2 all the way to the final day, and directed and written episodes this season, I’m so proud of the work we’ve all done. Our finale is our more ambitious script, and it involves two acts in the ballroom which are such hard scenes to shoot. There are 300 people in a singular space. It’s crowded. It’s noisy. There’s a lot of dancing. And so the fact that it turned out and it turned out well…Ryan [Murphy, who executive produces along with Mock and Our Lady J] says he thinks its the strongest episode we’ve done.

To be trusted with a finale for any director is astounding. For me, it’s astounding and it’s humbling and it’s great and it’s astonishing. At the same time, it’s also meaningful and impactful because it’s a story about my community.

So it makes it that much more meaningful. So I’m so excited that I’ve done a finale. This whole process of working on Pose has changed my life and emboldened me as a storyteller and an artist, and I get to keep on telling stories with my deal with Netflix and next season. So that’s exciting.

Finales are always tricky because they need to bring everything together. I was impressed by the sheer number of story threads and character arcs you had to cap off. Are you intimidated when you go in to do something like that? How do you keep an even keel?

For me it’s always about the characters. When it comes to any script, specifically as a director, what’s hard about the finale, as you point out, is that there are so many storylines that you are trying, not to wrap up, but to tell and to keep those threads all going. For me, it was about Blanca. She’s our heroine. MJ Rodriguez, the lead, gave the performance of a lifetime in the episode. I hope she’s recognized in ways as an actress. She’s grown so much as our leading lady. Realize that no one came before her to do this work.

Every episode she’s challenged. The first scene we shot for the finale was her and Billy Porter in the House of Evangelista. We were tearing down the set the day after.

The two of them together, seeing each other for the first time [in a long time], I think the audience will feel that in the cold open. And I think everything else hangs onto there. You love Blanca, and you’re here for the journey, you know?

So for me it was just about the characters. The Angel storyline with her modeling and how that ties in with her romance with Lil Papi. They have a home, and it was challenging to tell that story just to make it realistic just because we’ve never seen a storyline like that between a trans woman and a cisgender young man. He’s so unapologetic about loving her. The stakes were so high for the characters. I think it raised the stakes for me as a director to make it seem grounded and real and to anchor it in the human experience of supporting and loving one another, which is what this whole episode is. That’s what we need right now in our particular culture: to feel that.

Related: We visited the set of ‘Pose,’ the show that might just save the world

Absolutely. Now correct me if I’m wrong, but you hadn’t directed prior to Pose.

No, I hadn’t. I never had ambitions to direct. I never thought that I would up until Season 1 of Pose. I directed episode six, “Love is a Message.”

I’m curious then. You’re someone who has had such a varied career, and you’re not very old. What have you learned about yourself in challenging yourself in this way, creatively?

For me the anchor for everything I’ve done in my career is being a writer and a storyteller. I think for me, a lot of it—you know I’m trained as a journalist. That’s where I learned the craft of storytelling. Then I became a memoirist. And I’ve written a lot of profiles and interviews of celebrities. I did that for MSNBC. I’ve hosted my own podcast. Now, as a writer/director, it’s easier for me to write and direct an episode because I have such a hand in telling the story. I can change words if things don’t fit right. It was just natural for me. I think Ryan saw something in me long before I saw myself as a director. It’s been great to be surrounded by a mentor who believes in me and also offers me resources and guidance.

It’s not like I do this work alone. But I think the training wheels came off when it came to the finale. It is my fourth hour of television directing. I also just did Episode 3 of The Politician. The trailer just dropped today, and I noticed a lot of my shots and scenes are in the trailer.

It’s great. And I also have a development deal with Netflix. But for me, what Pose has given me is the ability to learn more about myself as an artist, and as a storyteller, to stretch my wings. To challenge myself and not be afraid of doing things I haven’t’ done before. I’ve surprised myself and I’ve been emboldened. I have a whole new career now because of the show.

I’m excited to ask then, what can you tell us about your Netflix deal?

I had a feeling.

You know, we’re developing right now. So they’re not ready to announce anything yet. But I promise we will circle back.

I’m also hopping right into the writer’s room of Ryan’s new series Hollywood, and I’m directing a couple episodes of that as well as several episodes of The Politician.

Your Wikipedia bio describes you as an activist. That’s a vast oversimplificaiton for your carer, but it’s not wrong. You’ve done everything.  You’re changing the world. When you go through your day, when you survey life and your work, where do you find the most gratitude? Where do you find the greatest peace of I’ve done something with my life?

Wow. I think for me, the fact that I can live my truth. I’ve been able to live my truth since I was 12 years old. That’s the most gratifying for me. I don’t have to live a lie. I’m anchored in my truth, and by telling my truth as a writer, as a memoirist, as a director, that I am able to offer kids growing up like I did affirmative images of themselves, affirmative stories, things that can make them puff out their chest a bit more. I am all too aware of how it feels to be a young person—or just a person period—aching to be yourself and be met with a shake of a head instead of a nod, to not be affirmed for who you are.

One of the most aspirational things, to bring it back to Pose and the stories we tell there. In the ballroom stage, or even when we’re not there, when that person steps into the spotlight and they live their dreams for those three minutes, they are applauded for that dream. That’s what people return to over and over again with the show. I hope that long after we’re gone, the show will exist. And people will go back and look and be affirmed, be seen, be celebrated. So for me, I just feel great gratitude that I get to do this work, and that I’m empowered to tell more stories. To be the first trans person empowered with this kind of a deal—to greenlight your own projects and have great creative partners behind you…I’m grateful that I get to do this work.

The Season 2 finale of Pose airs on FX August 20.