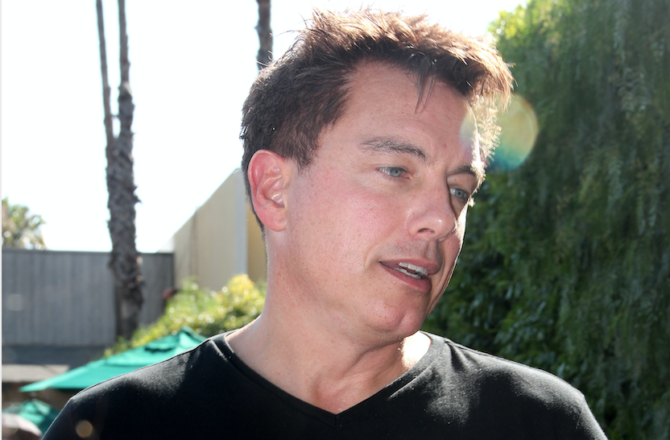 Last week, the actor was accused of repeatedly exposing himself to cast and crew members while working on Doctor Who as well as its spin-off series Torchwood. Then, his future on the hit British reality competition Dancing on Ice appeared to be in doubt.

And now it’s being reported that the gay, 54-year-old actor has been cut from the upcoming Doctor Who: Time Fracture immersive theatrical production in light of the allegations.

Dr. Who and Torchwood crew members allege that in the 2000s, Barrowman on multiple occasions exposed himself, seemingly as a joke.

They described it as “larking about” as opposed to behaving in a sexually predatory manner.

Still, it’s not a great look from an HR perspective, or any perspective for that matter.

Barrowman admitted to The Guardian to what he described as “tomfoolery” and “high-spirited behavior… only ever intended in good humor to entertain colleagues on set and backstage.”

Dr. Who: Time Fractures is set to debut in London on May 26 and was originally billed to feature Barrowman in a prerecorded segment.

“We will continue to include content that pays tribute to the brilliant show that is Torchwood so as not to disappoint its fans, and are working on an exciting storyline to be announced soon.”

Speaking with The Guardian, former colleague Monica (who did not provide her last name to retain some anonymity), said: “Sometimes he’d call me into his dressing room, and I would knock on the door and he’d say, ‘Oh, look at this’, and he’d just have his willy out, standing in the doorway. It was kind of accepted that it was his thing.”

In his new statement last week week, Barrowman said that “since my apology in November 2008, my understanding and behavior have also changed.”

Subscribe to Queerty for a daily dose of #entertainment #dr.who #johnbarrowman stories and more