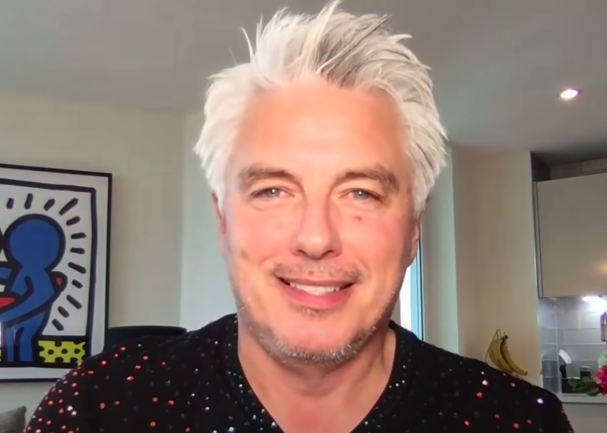 Actor John Barrowman has admitted to “tomfoolery” following accusations that he used to regularly expose himself to cast and crew members on the set of Doctor Who.

The 51-year-old actor was responding to a 2014 video from a sci fi convention that resurfaced late last week. In it, actor Noel Clarke accuses him of taking “his d*ck out every five minutes” when they worked together on this hit British series.

Later in the video, he asks his co-star Camille Coduri if she remembers “that time he put it on your shoulder in the makeup truck?” to which the actress replies, “Yes, I do.”

Several sources tell The Guardian that Barrowman would often expose himself on set, but they described it as “larking about” and “joking.” Still, it made them “uncomfortable.”

One source said the actor would “get his genitals out on a regular basis … he’d just sort of have his balls hanging out his trousers or something, which he just thought was really funny.”

On one occasion, the source says, she witnessed Barrowman “slapping” his penis on the windscreen of one of the driver’s cars, “thinking it was really funny.”

Another source said he would “call me into his dressing room, and I would knock on the door and he’d say, ‘Oh, look at this’, and he’d just have his willy out, standing in the doorway.”

“It was kind of accepted that it was his thing.”

In a statement, Barrowman admitted to engaging in “tomfoolery” on the set of both Doctor Who and its spin-off Torchwood, but he said that he no longer behaves that way in the workplace.

He went on to claim that his “high-spirited behavior” was “only ever intended in good humor to entertain colleagues on set and backstage.”

“With the benefit of hindsight, I understand that upset may have been caused by my exuberant behavior and I have apologized for this previously,” he said.

In 2008, Barrowman had to issue an apology after he pulled down his pants during an interview with BBC Radio 1, saying he “went too far” when getting into “the light-hearted and fun banter of the show.”

In his new statement this week, he reiterated that “since my apology in November 2008, my understanding and behavior have also changed.”

Despite his apology, many fans are deeply disappointed in Barrowman…

Tomfoolery is apparently the new word for indecent exposure according to John Barrowman. It would appear he's a prick in every sense of the word.

I see people saying #johnbarrowman thinks he can get away with it because he’s gay. No, I know gay men and not one ever felt the need to do what he did. He did it because obviously that’s what kind of person he is. Don’t bring his sexuality in to it.

Boss: Welcome to the office. This is Steve, he does the accounts. This is June who's in charge of PR. This is Nigel. He likes to rest his penis on women's shoulders.
New employee: Sorry?! What?!
Boss: Oh, he's larger than life. Everyone loves Nigel. #johnbarrowman

So, according to actor John Barrowman, repeatedly exposing yourself to work colleagues on the set of a TV show is ‘tomfoolery’? Interesting.

There are people on here defending John Barrowman and his actions, by using terms like 'woke' and 'PC gone mad'.

Is it really 'woke' to not want an unsolicited penis planted on your shoulder then slapped on your face?!

Also, in regards to the John Barrowman allegations, from a working actress' standpoint:

That type of behaviour on a set is NOT normal. No, it doesn't "depend on what humour you have". You just do not whip your penis out on a working set.

As I read more about the Noel Clarke allegations and see that video regarding John Barrowman it starts to make a bit more sense as to why Christopher Ecclestone left Doctor Who.

John Barrowman does look like the kinda guy who'd run around flashing his dick and calling it comedy.

No wonder Christopher Ecclestone decided to quit Doctor Who after one season. When is it ever appropriate to expose yourself and start putting it on another person’s body without their consent?? When was it ever funny?? #johnbarrowman

gay men can still sexually harass women. just because you're gay it doesn't give you the right to make inappropriate comments to women, to touch women or to get your dick out anywhere near them. its not okay.

john barrowman shouldn't get away with it just because he's gay.

the reason, i think, i’m so sad about john barrowman, is because as jack, he was some of the only explicitly lgbt characters on tv for a long time. it’s the representation that is let down for me. it’s time to move on from jack harkness, and give us better, safer representation.