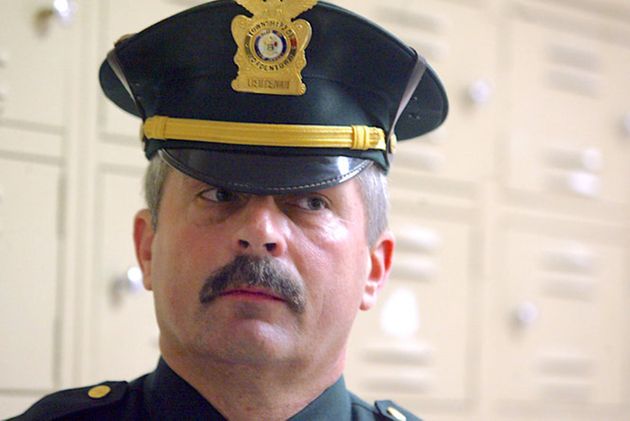 A federal judge just declared a mistrial in the case of a former police chief from New Jersey who was facing a hate crime charge and a civil rights violation.

Stoye was arrested after being accused of trying to sneak into the pool at the Ramada hotel in Bordentown Township. He was taken into custody and held on a $7,500 bail, which he was unable to afford. During his three week stay in Burlington County Jail, his father died.

While in custody, Nucera allegedly abused Stoye, verbally assaulting him and slamming his head into a doorjamb. Later, when questioned about it by the FBI, Nucera denied ever touching the teenager.

During the trial, prosecutors argued the assault was motivated by racial animus and played over 80 recordings made by another office that captured Nucera using racial slurs while on the job, including saying Black people are “like ISIS” and deserved to die.

“I’ll tell you what, it’s gonna get to the point where I could shoot one of these motherf*ckers,” Nucera said in one of the recordings. “And that n*gger b*tch lady, she almost got it. F*cking nipple hanging b*tch. I’m so tired of them, man.”

In addition to being caught on tape saying horrific and racist things, Nucera also has a long history of making derogatory remarks about LGBTQ people, women, and pretty much every other marginalized community.

Nucera called President Donald Trump the “last hope for white people” and referred to his officers in expletive-laden terms. He called his subordinates “millennial c*nts,” “f*ggot p*ssies,” and “softer than baby sh*t.” Multiple officers said that Nucera was obsessed with ticket revenue, with one calling him a “traffic Nazi” who oversaw a small department that patrolled a 10-square-mile township and issued more tickets per year than the township had residents.

Jurors deliberated for almost 45 hours over the course of eight days before telling U.S. District Judge Robert Kugler they were deadlocked on the hate crime and civil rights charges, prompting the judge to declare a mistrial.

The jury was split 9-3 in favor of finding Nucera guilty of using excessive force and denying the civil rights of Timothy Stroye, a handcuffed black suspect during a Sept. 1, 2016, incident at the center of the trial. The panel was more divided on the hate-crime assault count, the juror said. For some jurors, the decision “was very clear,” in favor of a guilty verdict, the juror said.“ It was back and forth.”

The jury did, however, find Nucera guilty of lying to the FBI. He now faces up to five years in prison. He would have faced up to 20 years on the hate crime and civil rights charges.

Subscribe to Queerty for a daily dose of #life #badcop #franknucerajr. stories and more