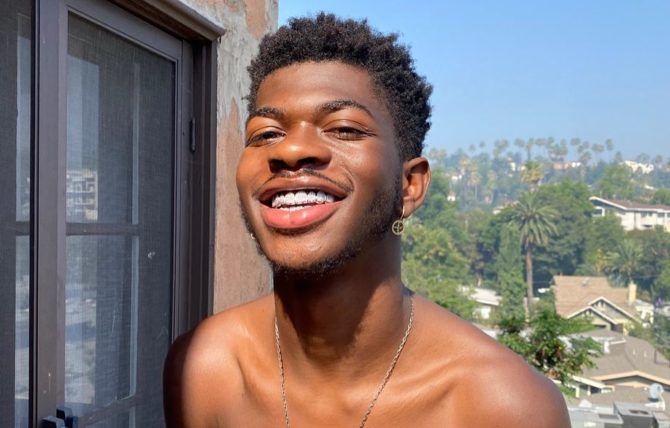 Timed to the Thursday night release of his latest single “Industry Baby,” Lil Nas X has shared a touching letter he wrote to his younger self, reassuring “20 year old Montero” that everything is going to be OK.

Now only 22, the letter shows just how far the performer has come in such a short amount of time. Two years ago, Nas X was on a rocket ride going from unknown Soundcloud musician to worldwide phenomenon as “Old Town Road” topped the charts and refused to budge for 17 months.

During that time, he was closeted and worrying that his career would only ever be defined by “Old Town Road.”

“I wrote a song for us. I know sometimes you feel like it’s all downhill from here,” he begins his letter. “I know your sexuality has made you feel like an outcast amongst your peers. I know going from having the biggest song in the world to being trapped in your apartment is weighing heavy on you. And I know if you hear the phrase ‘one hit wonder’ one more time you might combust.”

Back in March when he released “MONTERO (Call Me By Your Name)”, Nas X wrote another letter, this time to his 14-year-old self:

“You see this is very scary for me, people will be angry, they will say I’m pushing an agenda. But the truth is, I am. The agenda to make people stay the fuck out of other people’s lives and stop dictating who they should be. Sending you love from the future.”