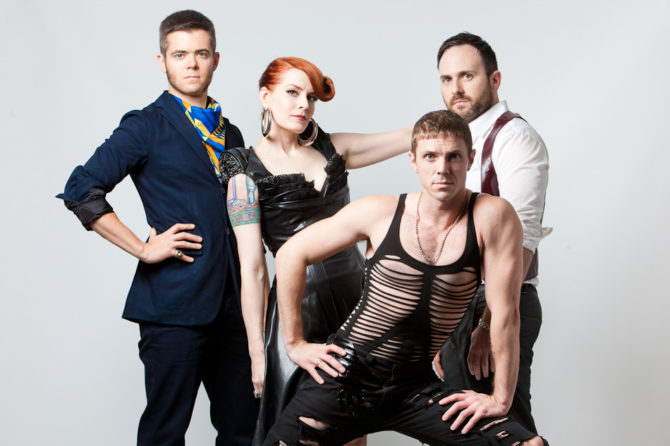 Let that just roll off your tongue and onto the body part of your choice.

After a five year hiatus, the Scissor Sisters are back with a new track that’s guaranteed to make you… swerlk, which is apparently a combination of twerk, twirl, werk, swerve and swirl. Sure, we’ll go with it.

The track, which is called “Swerlk” (surprise!), was created with producer MNDR as a tribute to mark the one year anniversary of the Pulse Nightclub massacre in Orlando.

All of the song’s proceeds will go directly toward the Contigo Fund — a group that emerged after the attack and is dedicated to supporting and empowering the LGBTQ and Latinx communities in Central Florida.

“SWERLK is our way to honor the people and culture that allowed us to escape and be ourselves.”

“MNDR and I were talking about how we wouldn’t exist without the culture around the clubs and the bars and the kind of escapes they provided and complete support system for what we were both doing when we started our projects,” group member Babydaddy told HuffPost. “So it was this sort of, ‘we’re not just supportive but also in debt to this culture.’”

Scissor Sisters frontman Jake Shears is also currently finishing up his first solo tour. He shared this preview of his new sound back in April: