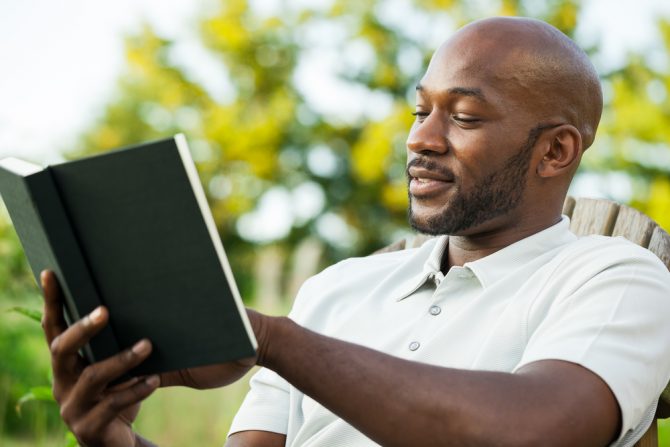 A Reddit user recently solicited recommendations for good books about gay men — “Like Call Me By Your Name, but maybe more authentic and not written for a straight audience,” he added — and commenters certainly came through. Get your library card ready and scroll down to discover those Redditor-endorsed reads.

In 1950s Paris, a young man engaged to a woman falls for an Italian bartender and feels torn between his public and private identities in this classic of gay literature from one of America’s most influential writers.

Swimming in the Dark by Tomasz Jedrowski

Two male lovers — who bond, coincidentally, over a copy of Giovanni’s Room — find themselves on opposite sides of a political divide in 1980s Poland in this recent literary debut.

Written in 1914 but not published until 1971 — and then adapted for the screen in 1987 — this classic story follows the titular protagonist and his romance with a fellow university student named Clive.

A Single Man by Christopher Isherwood

Adapted into a Colin Firth movie in 2009, the “wry, suddenly manic, constantly funny, surprisingly sad” A Single Man follows an Englishman living in Southern California who adjusts to living life solo after the death of his partner

They Both Die at the End by Adam Silvera

After finding out from Death-Cast that today is their mutual “End Day,” two strangers — Mateo and Rufus — meet up for “one last great adventure — to live a lifetime in a single day” in this YA novel.

What If It’s Us by Becky Albertalli & Adam Silvera

In this YA book that Silvera co-wrote with the author of Simon vs. the Homo Sapiens Agenda, two young men cross paths in a “meet-cute” at a New York City post office but “can’t decide if the universe is pushing them together — or pulling them apart.”

Related: Sequel to gay rom-com ‘Love, Simon’ to be released in June

In this memoir, Hayes recalls moving to New York City from San Francisco following the death of his partner, then falling in love with his friend and neighbor, famed neurologist and writer Oliver Sacks.

The Swimming-Pool Library by Alan Hollinghurst

The first in a nine (and a half) book series, this mystery novel follows odd-couple special agent team Zane Garrett and Ty Grady as they track a serial killer in New York City and “figure out how to work together before they become two more notches in the murderer’s knife.”

“A love story, a satire of the American abroad, a rumination on time and the human heart,” Less centers on a failed novelist who impulsively accepts every literary invitation left discarded on his desk so he has a excuse to not attend his ex-boyfriend’s wedding.