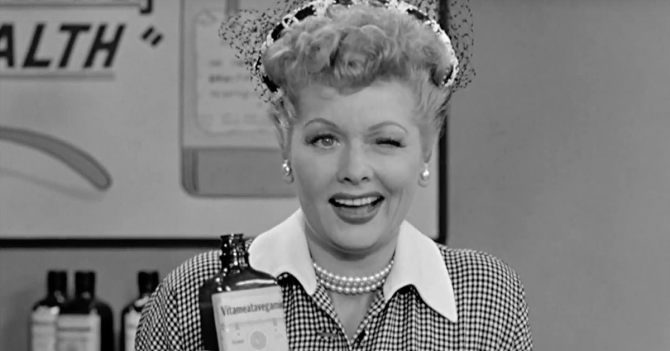 Attention all those who love Lucy…Lucille Ball, that is, and really who doesn’t? A new documentary reveals that the TV icon used poppers for years before her death.

The Reelz series Autopsy, The Last Hours Of… covers the waning years of Ball in a new episode. In it, investigator Dr. Michael Hunter, as well as several of Ball’s friends, reveal that the comedienne used poppers to treat chest pains in the last years of her life.

“My investigation has discovered reports of a major setback for Lucille, some two years before her life ended,” Hunter claims in the trailer for the episode.

The episode posits that Ball suffered from cardiovascular disease, and used the notorious sexual enhancement amyl nitrate to numb her chest pains. That would appear to fit well with the circumstances of her death as well.

Ball underwent surgery to treat an aortic aneurysm in 1989. Eight days later, her aorta ruptured, and she died at age 77.

Ball remains an icon of television and comedy long after her death and has always held a special place within the gay community. A champion of liberal causes, Ball long supported the women’s movement and that of the LGBTQ community.

In a rare 1980 interview, the actress told People magazine that she had numerous gay friends and had the utmost respect for gay entertainers.

“It’s perfectly all right with me, ” she mused when asked about homosexuality. “Some of the most gifted people I’ve ever met or read about are homosexual. How can you knock it?”