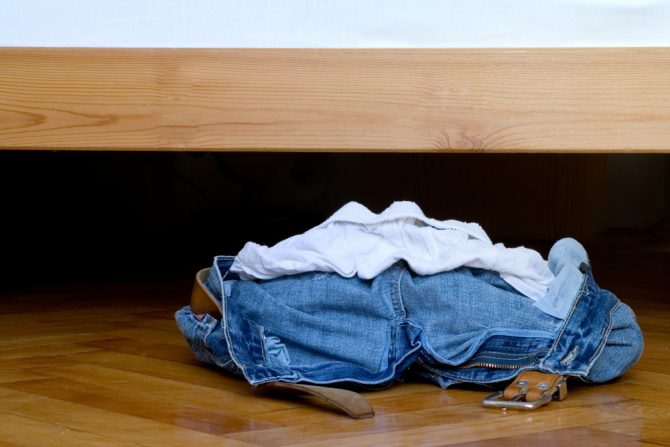 A gay man says he thought he and his boyfriend had a great, open, honest relationship. Then he made a startling discovery in his boyfriend’s pants. And now he’s doubting everything.

“I’m a gay man of 42 and my partner is 30,” he writes in a letter to advice columnist Dear Deirdre. “Although there’s an age gap we have always got along really well. We went out together for fun initially, but then we started having feelings for one another.”

The man says they are good companions for one another and that their sex life is great… Or so he thought.

He writes, “I was taking our suits to the dry-cleaners before a friend’s wedding and found Viagra in my partner’s pocket. I asked him about it and we had one almighty row. We both said things we didn’t mean.”

The boyfriend said he likes to take Viagra because the sex feels better and he lasts longer. Now, the man feels totally betrayed.

“I’d like to have known,” he writes. “We haven’t had sex since. If he isn’t truthful about this, what else is he hiding from me?”

“Probably nothing,” she writes. “He has performance anxiety and wants to ensure he doesn’t let you down.”

Although, she adds, taking Viagra at such a young age generally isn’t recommended.

“Unless he has an underlying medical issue, he shouldn’t need Viagra at 30, and may actually cause himself arousal problems by using it unnecessarily.”

She continues, “If he has early morning erections they show everything is working as it should. You don’t need to pop pills to increase sexual arousal and stamina.”

Related: Man who injected his penis with Viagra calls it “one of the worst decisions of my life”