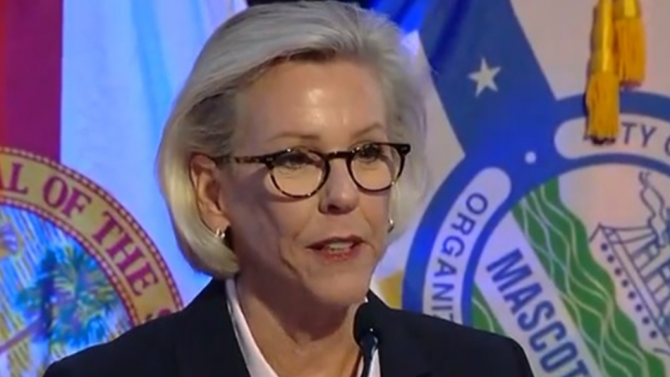 Former police chief Jane Castor has defied precedent to become the next mayor of Tampa, Florida.

Castor earned the title in a contested runoff election, defeating her opponent David Straz with a whopping 73% of the vote. Naturally, she also thanked her longtime partner Ana Cruz in her acceptance speech.

Castor also acknowledged the power of her victory. “It sends a resounding message to the nation — that Tampa celebrates its diversity and lifts everyone up in a positive way,” she noted. “We don’t tear people down with negativity so thank you all for believing in that message.”

“It shows a change in the times, but really all along, the majority of people just want someone who can do the job,” Castor added. “They want a leader who’s gonna improve their lives and focus on the issues that matter to them. And that’s what I intend to do.”

Castor’s win has even greater significance considering the “purple state” designation of Florida, and the state’s history of homophobia. The state continues to lack any protections against LGBTQ discrimination and has yet to implement any hate crime laws regarding gender identity, or ban conversion therapy for minors, though several major Florida cities have done so.

Congratulations to Jane Castor who made history as Tampa’s first openly LGBTQ mayor. @HRC was proud to endorse @JaneforTampa and help turn out the vote in her election. Let’s work to ensure the city is inclusive and welcoming for everyone. https://t.co/7unu3oTv49 pic.twitter.com/IDYiFbJpcF