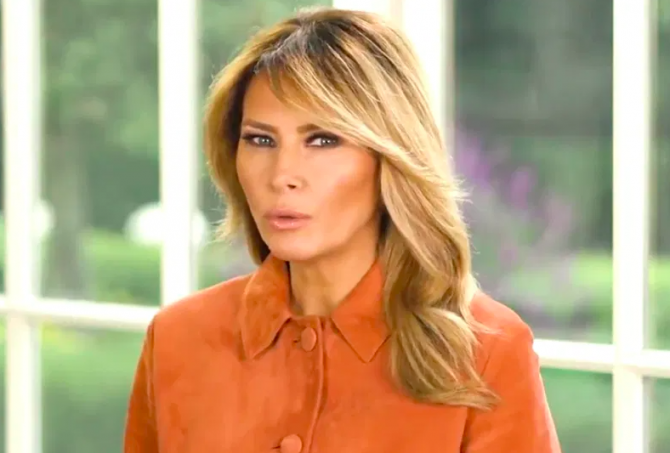 Melania Trump has teamed up with the Log Cabin Republicans to gaslight LGBTQ voters into thinking her husband is the most pro-gay president in American history so they should definitely, definitely reelect him.

In a stony, three-minute video shared on social media yesterday, Mrs. Trump said she was “shocked to discover” that there are actually people out there who think her husband is antigay.

“Nothing could be further from the truth,” she lied. “Donald loves helping people, and he loves seeing those around him and his country succeed.”

She went on to say that, as the face of the GOP and president of the United States, her husband has made it very clear that “gays and lesbians will be treated as he has always treated them: equally.”

Melania then tried using the old “my best friend is gay!” excuse to tout her husband appointing an openly gay official to his cabinet. Then she denounced people who bully gay conservatives and called for an end to “cancel culture mobs.”

She is an ally for equality.

In this exclusive video, the First Lady gets unapologetically outspoken. pic.twitter.com/QfSR7Otq01

Now, let’s check out some of the responses…

Lol is this a joke?

Donald loves LGBT people like he loves his wife: far away and out of sight.

Cool cool does she still think Obama is from Kenya???

Just for the record, Donald Trump is the most antigay president in modern history. You can read all about his vile record here.

Related: Trump’s record on LGBTQ rights has been vile from the moment he took office. We kept a list.