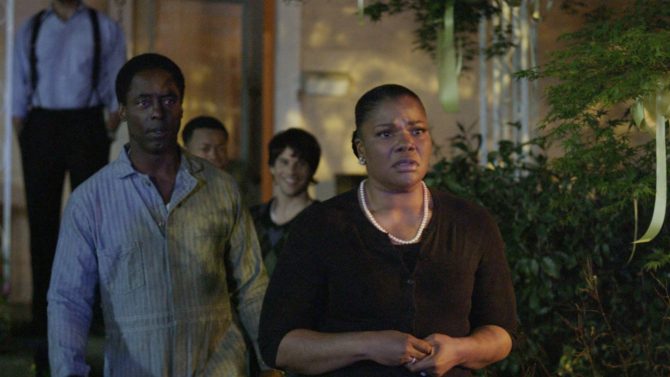 Noah’s Arc creator Patrik-Ian Polk followed up his delightful romance The Skinny with this drama adapted from the Larry Duplechan novel. Blackbird tells the story of Randy (Julian Walker), a gay teenager growing up in a very religious household in a small Mississippi town. As he struggles to reconcile his faith with his sexuality–not to mention his authoritarian parents (played by Mo’Nique and Isaiah Washington…the latter’s bit of casting is ironic, we know). To make matters worse, Randy’s sister vanished years before, and he must struggle with the guilt of losing her, as well as the constant question of her fate.

As with so much of Polk’s work, Blackbird relishes in frank, gay sexuality and uses a mix of humor and drama to keep the plot moving. It also suffers from the same problems as much of his work: a story that gets a bit too didactic in places, sexual fantasies that at times seem at odds with the rest of the plot, and budget limitations that make the seams show.

But Walker gives a compelling lead performance, and Washington and Mo’Nique both have considerable dramatic chops to anchor the story. The main thrust of the story–a religious teen trying to reconcile his faith with his sexuality–rings true, and is a subject still underexplored in other queer films. Sincere and inspired, if a bit uneven, we suggest giving Blackbird a chance.