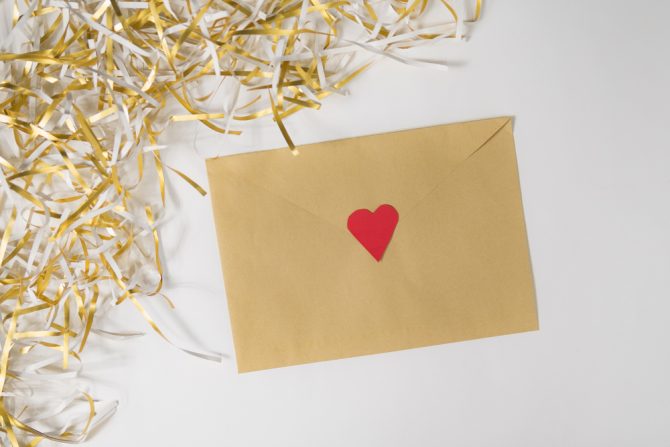 I’ve never been particularly skilled at turning lemons into lemonade on my own, so it’s much better when the juice flows naturally. That’s what happened when one of the more excruciating incidents from my childhood led to a truly heartwarming moment to remember.

I had just come home from the eighth-grade formal, where I asked the girl I had a crush on to dance. (The song playing was Journey’s “Open Arms” — so romantic, right?) Her answer: Well, she never actually gave me one. She just started laughing and walked away. I spent the rest of the party sulking in a corner until my dad came to pick me up. Then I silently cried during the entire ride home.

Once we arrived at the house, I sat in the dark in the living room as one by one, family members came inside to comfort me. First my mother. Then my big sister, who, quite unforgettably, said, “That girl better hope I never meet her.” Then, finally, my dad came in. Wait, what?! Dad?! Yep, it was him alright. I can’t remember anything he said to me that night because I was in shock. For the first time ever, he was concerned about something in my life that didn’t involve food, clothing, shelter, and my physical health.

Dad was always an excellent provider, and he gave me at least one other pep talk years later (when I was looking for a roommate before my sophomore year in college and kept bumping into race-related hurdles), but he was never much of a friend. That was always Mom’s job, so that horrible night in eighth grade ended up being a pivotal one in my childhood. It crushed my self-esteem into tiny little pieces, and Dad helped build it up again.

He talked me through my first broken heart. Nearly four decades later, I was in a much better place. When I called him to tell him that I was engaged to a man I’d been in love with since 2010, I expected another golden moment to remember.

Sadly, it never came. Instead, I got … laughter? Honestly, in that particular context, a hearty guffaw would have been welcome (sort of like the one I got from my eighth-grade crush). But there was nothing. Dad didn’t even want to know his name.

“So are you going to come to the wedding in New York?” I asked after a few moments of awkward silence.

When he said that –  to borrow my favorite line from Zora Neale Hurston’s novel Their Eyes Were Watching God  —  something fell off the shelf inside of me. Although when I was a kid, my dad epitomized traditional masculinity to me, I’ve never thought of him as being homophobic. In fact, when my older brother and I came out, he responded with a shrug. It was the best “So what?” possible.

At least I was happy. He had a similar reaction the first time I introduced him to one of my boyfriends. It was at my other brother’s wedding in 2004, and he couldn’t have been lovelier and more welcoming to him. So I wasn’t expecting such indifference to what was perhaps the biggest news of my adulthood, if not my life. I wondered what his reaction would have been if I had been marrying a woman.

I’ve been wondering that a lot lately. It’s hard not to when there has been such a muted response from much of my family. When my fiance and I sent out “Save the Date” cards, the replies ranged from “Can’t wait to be with you on your big day” (from my lovely 23-year-old niece) to nothing. Nothing.

I’ve been with enough good female friends through their wedding planning to know that it usually brings out the worst in at least one person, but family tends to jockey for a prime position. I wanted a little bit of that for my own wedding, and I’m convinced I would have gotten it from Dad, from everyone, if I had been marrying the girl, not the boy, of my dreams.

My father is elderly, and travel can be tricky for him, so “Yes” was never a requirement. I just wish he’d shown a bit more interest. I remember how proud and happy Dad was at my brother’s wedding. Was my wedding announcement less cause for celebration –  or at the very least, a “Congratulations” –  because a gay wedding is not a “real” wedding? Did I catch him at a bad time? Doesn’t he even want to know the name of the guy to whom his son is betrothed?

I didn’t ask Dad any of these questions. I just listened to him ramble a bit about being careful and trusting in God. Maybe it was partly my fault because our father-son relationship peaked when I was in eighth grade, and it’s since faded into perfunctory phone calls every few months. I guess in a way, we’re strangers. But I’m still his son — the son he helped through his first heartbreak, the son who was now getting married.

I’m pretty certain Dad doesn’t even remember the night I was snubbed by a girl at the eighth-grade formal. If I had been marrying her instead of my husband, I bet he at least would have asked how we met.