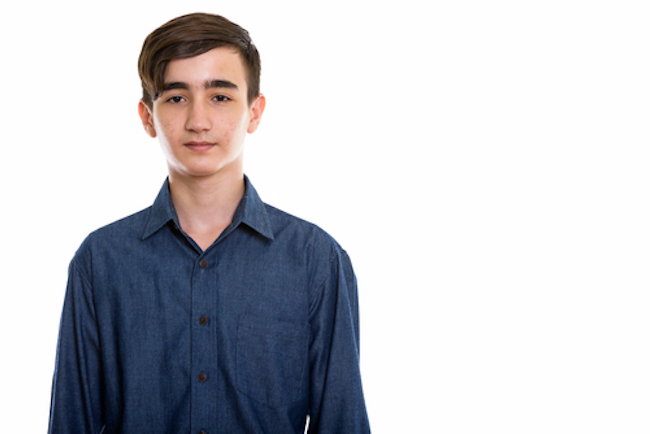 He’s not trying to insult anyone — he thinks everyone should love who they want to love. But he’s completely straight, see — yet his parents think he’s gay and are desperately trying to get him to come out.

“For the last six years of my life, I’ve been met with monthly, off-the-cuff talks about how it’s okay to be gay,” says Redditor wakaawak.

The university student now feels stifled and dreads going back home because he “can almost feel the curiosity whenever [his mom’s] friends are having a cup of tea over at our house.”

His mother’s chatty as all get out, and he’s certain she’s told them she thinks he’s gay.

Studies, relationships, and career aside, this is number one thing in my life that is seriously bothering me. Very lucky that I can say that, but this is a first world problem.

What can I do to shift their opinion while I’m at home for the next 3 months (it’s summer break)? The only people I can think of asking out on dates go to university, so will rarely be able to meet them up in the holidays (or bring them back home).

Is it literally a case of putting up posters of supermodels in my room?

Rushed this, tell me if I’ve missed any detail out which you need to understand the predicament.

The virtual peanut gallery was quick to weigh in on this peculiar predicament.

A Redditor named kanuut suggests, “Next time they give you ‘the talk’, flip it on them and say you’ll love them no matter what, and that you know a guy/gal who’s into older men/women if they want introductions.”

Related: Straight Guy Seeks Advice After He Decides To Date A Man

As they say, Spiritofchokedout doesn’t just sympathize, he empathizes:

This is the fun part of young adulthood where you’re allowed to talk back a bit more. Find your spine and stand on it.

My parents did the same “oooo” thing and I hated it, so now if they infantilise or mock my sexual identity I literally halt the conversation and tell them to shove it. They play it off condescending, but once you stay consistent you’ll notice less of the behavior and more respect for you as an independent adult with his own sex life.

thesaltwatersolution thinks he shouldn’t let his parents emasculate and control him with their overbearing, passive-aggressive maneuverings:

To be fair I never really felt comfortable discussing or talking about my relationships with my parents, it’s just not their business and I’ve never felt comfortable bringing that stuff up with them. My father is an emotional brick wall. Mine would make the ‘ooooooooooohhhh’ noise as well.

Firstly you don’t have anything to prove to them. Secondly, be yourself. If you want to put up posters, then put up posters but do it for your benefit not theirs. Equally if you feel like sitting down and talking to them about things then do that, I think you’ve explained things pretty clearly here. Having a direct conversation might be the best thing and also have an exit strategy so that it doesn’t dwindle on. The main point is that you don’t have to do anything for them. Do whatever works for you.

I’m sorry that your parents have made you feel paranoid. Pluck up the courage and speak to them.

What advice would you give this young man? Should he tell his parents to STFU or should he cave into their demands and just have really hot gay sex whether he likes it or not? Sound off in the comments below.