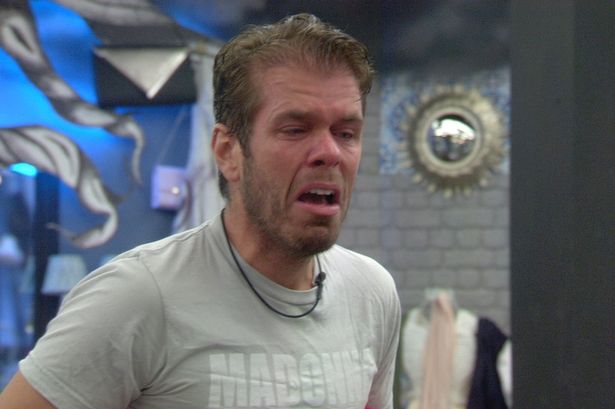 In a rare moment of quasi-introspection, notorious gossip blogger Perez Hilton says he doesn’t expect to ever be forgiven for his past behavior.

“I am irredeemable in the eyes of most,” the 43-year-old tells The Sunday Times in a new interview. “No matter how much I change, grow, evolve, apologise, they refuse to see me for who I am today.”

Related: Neil Patrick Harris recalls that time Perez Hilton launched a campaign to out him

Hilton frequently targeted women and closeted gay men in his attacks as he was making a name for himself in the mid-2000s.

In addition to ridiculing Jennifer Aniston every time she had a break up and mocking Lindsey Lohan’s struggles with sobriety, he taunted then-closeted celebrities like Neil Patrick Harris, Clay Aiken, and Lance Bass so much that they were forced to come out publicly before they were ready to do so.

One of his biggest targets, of course, was Britney Spears, who he wished dead and called an “unfit mother” during her mental health crisis in 2008.

Looking back, the blogger says he viewed at the whole thing sort of like an “online soap opera” where “you have your heroes and you have your villains.” He saw himself as a part of the soap opera, too.

Related: Perez Hilton to those criticizing him for wishing Britney Spears dead: “F*ck you!”

“In some naive way, I viewed what I was doing through that lens,” he explains. “Like, I’m just calling out the celebrities that need to be called out. I would say things like, well, Perez is not who I really am, it’s just a character. So if people don’t like me, it doesn’t bother me.”

"No matter how much I change, grow, evolve, apologise, they refuse to see me for who I am today"

Perez Hilton doesn’t expect to be forgiven and I have to say, good call, because fuck that guy. https://t.co/KupPzxmLed

he built his career on misogyny.

even his name 'perez hilton' is testament too that. https://t.co/IZZ4yKPbfl

Britney Spears is engaged. Perez Hilton is in the news. Did I wake up to 2007?

Idk who needs to hear this but PLEASE stop giving Perez Hilton the time of day. Stop giving him interviews, stop giving him attention. Let him be a shitty part of the early 2000s. Let's move on and evolve, without that type of person latching on.

Perez Hilton was literally harassing kids and young teens on tiktok a year ago I don’t wanna hear it. Get over yourself.

Who the fuck is going to forgive you. You misogynist lying piece of shit that you are Perez Hilton. Stop trying to gaslight us. You’re a horrible being. You pretty much built a career Off of Britney’s most tragic downfall & give her hell for it. #FREEBRITNEY pic.twitter.com/qEdg9DAjsw

Speaking as someone who lived through that era – the world’s karma on Perez is that nobody under 30 knows who he is or cares.